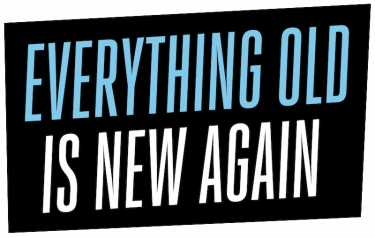 Many years ago, I read a mind-bending book by Bill Bryson. But I did so a full decade after the best-selling author first wrote it. Surprisingly, I later learned that the book didn’t get as much coverage as his earlier travel books. “I gotta share this,” I said to myself. So I reached out to several newspaper editors with whom I worked with—none of which had covered the book—about doing a retrospective review. Their collective reply, “Sorry, we don’t review old books.”

In other words, modern journalism only touches recent “news,” however you define that. In art’s case, that usually means weeks or months, and typically never more than a few months old. Journalism, you see, is built on helping readers process the recent world—in many cases without context to our past. It’s almost as if they’re saying, “You’re on your own for anything good that’s older than a year, but we’ll help you find the good stuff coming out of the firehose right now.”

As journalists, how can we inform society if we fail to critique some of our “greatest hits” from the past? The answer is we can’t. While recent happenings have always been the focus of “news,” it shouldn’t come at the expense of celebrating, elevating, or criticizing some of humanity’s most viral ideas and works, especially for newer generations who weren’t around when that once important news dropped off the feed.

There must be a better way. While it’s impossible for news to cover everything that’s ever happened, that doesn’t mean it shouldn’t revisit the more profound ideas that are still relevant.