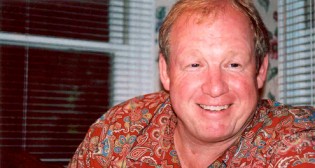 “Okay. Let’s start with hitting. As you know Bruce was an exceptional hitter—both for power and average. He had such strong wrists and arms and he hardly ever struck out. When he came to bat there was an air of excitement and anticipation by players and fans. The outfielders and infielders all moved back about as far as they dared. I’ve never seen a high school kid hit like Bruce. A scout for the Minnesota Twins told me that Bruce was just exceptional. He was so good that teams often would intentionally walk him to keep him from hitting. So as a hitter, Brent, Bruce was much better than you”.

“As far as throwing, well, Bruce had such as strong arm. When pitching, he just overwhelmed batters with his speed and control. He rarely walked anyone and struck out most of the hitters he faced. His ERA was extremely low and rarely lost a game as a starter—maybe one or two in high school. Whoever the catcher was when Bruce was pitching put extra padding in his catcher’s mitt to protect his hand from Bruce’s fastball. When he wasn’t pitching, he was generally catching and, of course, nobody stole second base on him. His throw to second was a line shot right on the bag. As you know, he could throw a football farther anyone you ever saw as well– “So he could really throw much better than you”.

“As far as fielding, well, Bruce just never made an error. I remember he bobbled a ball once when playing third base but still threw the guy out because of his arm. He ran down balls that would usually be a hit so he was just terrific as a fielder. As a catcher, balls just never got by him so he was just fantastic behind the plate! As a fielder, then, he was much better than you”. By now, of course, I was becoming almost sorry for even asking the question!

“As far as running, he continued, Bruce was both quick and fast. He could beat out bunts and run the bases with speed and agility. He almost always stole second base if he was on first and often would steal third as well. He was so smart as a runner and always got a jump on the pitcher. He knew baseball very well and people came from all over to watch him play. His high school coach told me he never tried to coach Bruce but just turned him loose and stayed out of the way. “So as a runner, he was quite a bit better than you as well”.

Then he paused with a smile and said, “But other than that you were about the same!” We were both laughing by then and so I asked if there was anything in baseball that I was better at than Bruce? He continued to laugh and said, “Well, I thought your uniform always looked better!” I was reminded again of the wisdom of my Father!

This is brilliant. Classic story. At least his uniform looked better.