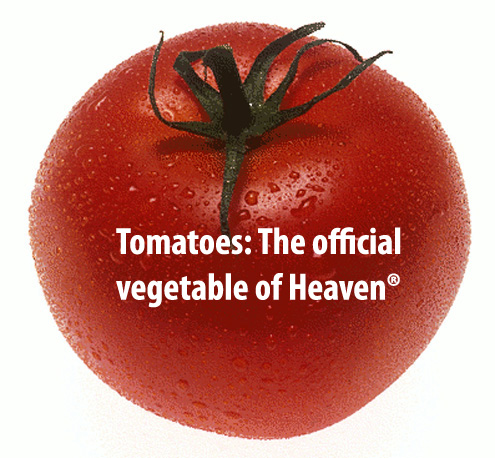 Few things in life are better than a fresh tomato.

While discussing food this morning (it’s a hobby of mine), a friend exclaimed, “I can’t stand raw tomatoes.” He’s obviously crazy, so of course I chastised him with, “No way—they’re like salty watermelons, man!!!”

Admittedly, I haven’t always enjoyed tomatoes. In fact, I was ordering cheeseburgers sans tomato as recently as 18. That all changed a year later, however, after moving to Brazil. There, when they serve “salad,” it’s all tomato, doused in vinegar and oil. To not come off as a snobbish American, I reluctantly accepted said salad. In time, I grew to love the primary ingredient.

Now I eat tomatoes on anything and everything.

Not only are tomatoes delicious, they remind me of grandma. When I first moved from Georgia to Utah to attend BYU, my grandma would invite me over after class. As a snack, she treated me to ginormous, watery, home-grown tomatoes—sliced and sprinkled with a dash of salt and a generous amount of fresh cracked pepper. They were phenomenal. On occasion, I remember eating as many as two in one sitting.

To this day, I still haven’t found such succulent tomatoes. But I’ll keep on searching ’till the day I die. And I’ll keep on preaching the gospel of tomatoes to anyone within an earshot of my voice.

Eff that ess. Y’all are crazy.

I’m tempted to sit you down and make you eat three full tomatoes on Saturday.

Hm — homegrown tomatoes are definitely the best. Maybe you should start growing a tomato plant . . . 🙂

The picture is funny because tomatoes are fruits.