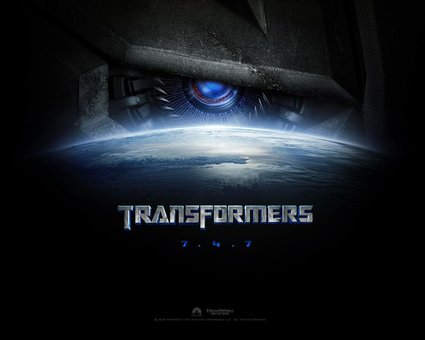 I knew it wouldn’t take long for you to write about seeing Transformers. You know, since you’ve been talking about going for at least the past 3 days.

Transformers was easily my favourite movie of the year and I doubt another movie can top it for me (especially since I go to the movies about once a year). I know I told you this already but I wanted everyone that reads this to know. No matter how many times you see these giant robots transform it is simply not enough. Every time I saw a transformation I was as giddy as a schoolgirl.