Quick: What’s the most popular type of video game? If you answered “shooters,” “sports,” or “casual games,” you’re wrong.

It’s actually “action” games, according to the NPD group, the official tracker of U.S. video games sales. And you might be surprised to learn that the most popular genres can change with the tide of release calendars.

“Genres move up and down the ranks largely on the shoulders of one or two big games in any particular year,” explains NPD analyst Anita Frazier. “In 2008, that game was Grand Theft Auto IV.” (see graph)

Some genres, like the aforementioned action, are easier to classify than others. You’re either engaged in a Hollywood-style plot and getting into fisticuffs or you’re not. But other top genres aren’t as easy to define, and many of the games boosting their popularity are titles that seasoned players take least seriously. Think you know what constitutes a “sports,” “strategy,” or “adventure” game? Think again.

The second best-selling genre so far this year is a category the NPD calls “family” entertainment. “What’s that, like casual games?” you ask. Not really. This genre includes games like Guitar Hero III and Rock Band, and a one-hit wonder called Wii Play, “which has been a top-seller since its release almost two years ago,” Frazier tells me.

“Oh, so â€˜family entertainment’ is like party games, then?” Not exactly. If there’s one thing the NPD data proves, it’s that most genres include multiplayer and pick-up and play elements, otherwise loosely known as “party” and “casual” games by those trying to get a grasp on where gaming is headed. In any case, “family entertainment,” which is commonly enjoyed by groups of four or more, is on track to maintain its second place finish this year.

You wouldn’t know it by the lack of coverage, but sports remain one of the most dominate categories in video games, thanks to continued success of the Madden franchise, not to mention two new standouts you wouldn’t expect: Wii Fit and Mario and Sonic at the Olympics.

Rightfully so, both games are more “sports” than that all-inclusive “casual” word, which lost any descriptive meaning it once had long ago. Again, if everything that doesn’t appeal to traditional gamers were lumped into a single “casual” bucket, the miscellaneous genre would dwarf all other groupings not properly categorized, thereby defeating the purpose of classification.

Sparing the details, why then isn’t there more sports coverage in games? Is it because sports gamers just don’t care, or is the gaming press missing an opportunity?

Video game analyst Michael Pachter says it’s neither. “Sports gamers already get their fix through dedicated cable channels like ESPN, in magazines like Sports Illustrated, and on the Internet,” he says, suggesting there is little else to know beyond an expected graphics and roster update.

From there, you’ll find “shooters” in the fourth spot, the same place they occupied last year. But a quick glance at headlines and game magazines suggests that shooters would be the no. 1 genre — the biggest thing since dual analog sticks. What gives? 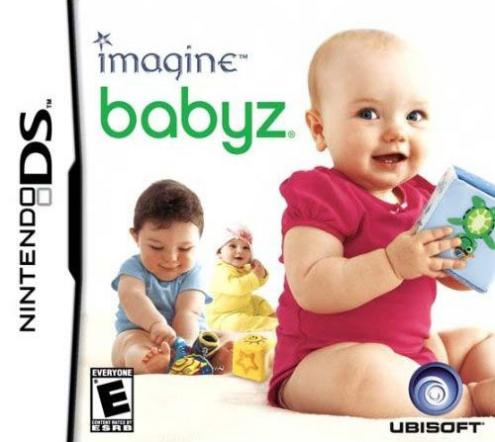 “Shooters are more interesting,” Pachter says bluntly. While that’s up for debate, he’s right in that shooters are perhaps the “most sexy” genre, given their rich history of leading edge graphics, online multiplayer, and tinsel town production values. Plus, blowing things up never gets old.

Another reason shooters may garner the most coverage is that fans of the genre represent a lion’s share of devoted gamers, the players that have the highest game per capita of any group. While family entertainment and sport enthusiasts may only buy one to two games a year, headshot hungry shooter fans gobble up anything that comes there way, sometimes upwards of 1-2 games per month.

Looking at it this way, the lopsided coverage of shooters is understandable, whether you think it’s fair or not.

Moving on, strategy games take this fifth spot this year, up from sixth in 2007. But don’t think of Dune or Sid Meier games, these are a new breed of strategy, which are more broad in their appeal. “Strategy is one of the more fragmented genres,” notes Frazier. “Top-sellers so far this year include Imagine BabyZ for Nintendo DS [never heard of it], Cooking Mama Wii [surprisingly strategic], and My Sims Wii [which enjoyed decent reception].”

Imagine BabyZ, a strategy game? To be fair, there’s plenty of strategy in feeding, changing, and entertaining six babies at a time to become a certified nanny (ask any parent). You just have to be the type that finds fulfillment in looking after underdeveloped mammals.

Winding down the top 10 is Mario Kart Wii and the “racing” genre at six, role-playing games at seventh (likely to boost a spot or two with the release of World of Warcraft: Wrath of the Lich King), and Super Smash Bros. Brawl, the single best-selling UPC, and the fighting genre at eight. Games such as Lego Indian Jones and Lego Batman secured the ninth spot for the “adventure” category, and the lesser-known “children’s” category finished 10th thanks to games like Backyard Baseball and Build-A-Bear Workshop.

There’s still two months to go before end of the year numbers are released by the NPD, so several holiday titles are capable of mixing up the rankings. But from action, sports, and shooter games, to family, adventure, and music ones, it’s nice to see such a wide range of titles available.

No longer is this an exclusive boy’s club. — BLAKE SNOW