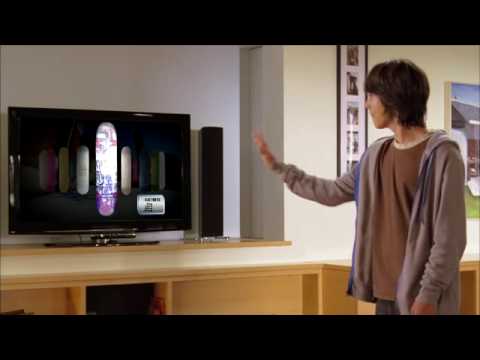 LOS ANGELES—Video games have finally grown up. As evidenced by this week’s Electronic Entertainment Expo, the medium is no longer a boys-only club. And in an effort to appeal to all audiences, the race for a better user interface has officially overtaken the race for photorealistic graphics.

“The show was a bit of a turning point for games,” said George Jones, senior vice president at GamePro. “Games, products, and hardware are expanding like never before, and there was a lot of excitement for the future at this year’s show.”

Ironically, the lack of casual gamers in attendance said more about the show than the sometimes stinky manchildren who were present. For example, Nintendo has dominated console game sales for the better part of the last three years. But you wouldn’t know it by visiting their booth, which featured some of the tamest lines of the expo.

Similarly, attendees ignored iPhone exhibitors for the most part, even though the mobile device has solidified itself as a viable gaming platform. And I can’t begin to tell you how ostracized Ubisoft and Disney exhibitors looked while trying to showcase the next wave of record-selling “tween” games at their empty respective booths. It was such a pathetic sight, I almost stopped by out of sympathy. Almost.

Meanwhile, the two platforms struggling to play catch up, the Xbox 360 and PS3, attracted the longest lines. So while publishers openly embrace lucrative new players, it t seems E3 was and still is a show for traditional male gamers, even though the market for games is much bigger now.

The biggest story to come out this week, though, was that motion controls have officially become the industry standard for controlling games (as if Wii, DS, and iPhone popularity weren’t enough validation). In predictable fashion, both Microsoft and Sony unveiled their second-mover interpretation of the new standard.

Microsoft’s vision for the future is called Project Natal, a camera add-on for Xbox 360 that detects motion using “technology never before seen in consumer electronics,” according to Don Mattrick, senior vice president of Interactive Entertainment. “Project Natal will use the best controller ever invented: you,” he said.

When placed beneath a TV set, Natal recognizes full body motion without a handheld controller, calibration, a special shirt, or even a lit room. I had the chance to sample the technology behind closed doors and came away very impressed. But there is no release date for the peripheral, and the three minigames shown all required the assistance of a dedicated computer operater sitting close by. That said, it seems Natal is still a couple of years away.

Sony, on the other hand, announced that its Wii-like controller for PlayStation 3 will arrive next spring. The target release is particularly interesting being that what Sony showed on Tuesday seemed to be the crudest technology shown. Furthermore, the still unnamed PlayStation 3 motion wand was unplayable at the show.

How did Nintendo respond to the news? They were flattered.

“The fact that both of those companies are looking at getting the gamer off the couch, taking advantage of motion control, and getting them to control the game by moving their body shows that they have looked at what we have done with Wii,” said Mario creator Shigeru Miyamoto, in an interview with the BBC. “To that end we are very flattered… [but] they are still in the initial stages and don’t seem to have the depth that we’re able to provide with Wii Motion Plus.”

Whatever comes of the new technology and increased competition, Entertainment Software Association president Mike Gallagher may have put it best. “The expansion into the mainstream has allowed our industry to experience incredible growth over the past two years,” he said this week. “The industry has more avenues to success now, and with that breadth comes the respect the industry deserves.”