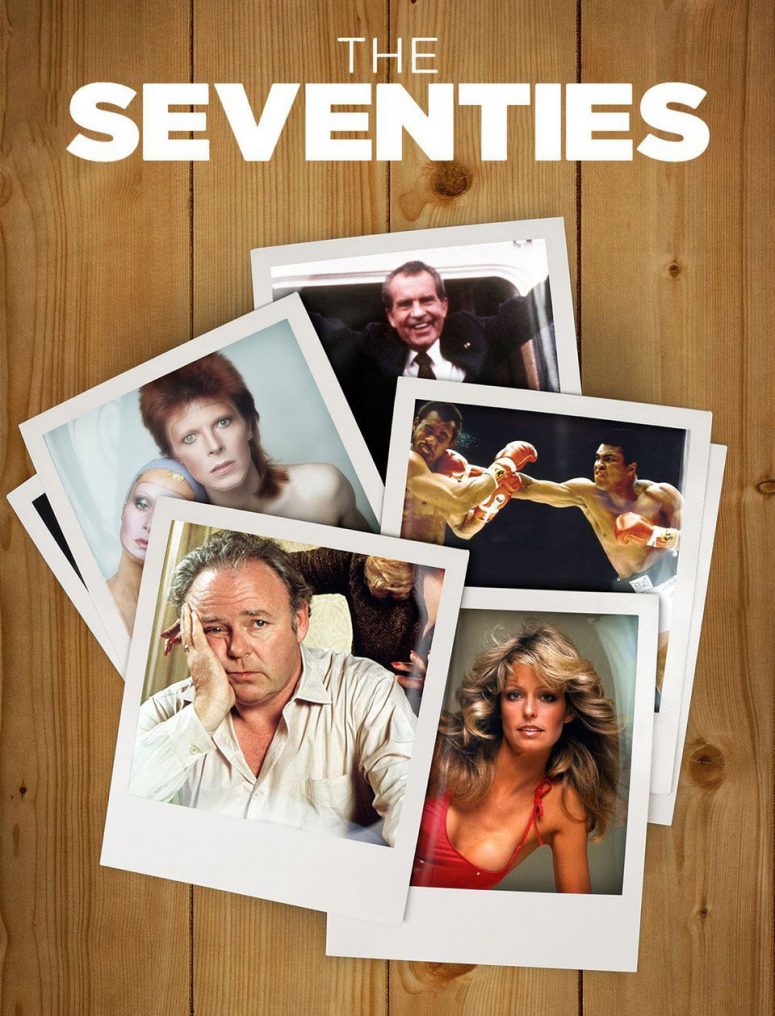 The following description by Glenn Colehamer of California is as fascinating as it is relevant.

I was a college junior at the dawn of the 1970’s. Here’s what I remember during that remarkable fascinating decade, both great and not so great:

“Space age” Googie (not Google) commercial architecture and signage everywhere along the strips, especially in California.

Cruising the strip was what everyone did on warm summer evenings.

No internet anywhere. Huge mainframe computers, but no PC’s anywhere.

You had to go to the library to do research for a term paper.

In the US, draft numbers for young men everywhere. Lots of college deferments.

Every boomer was being beckoned to San Francisco with flowers in their hair.

Ski tickets were $6.00 for the whole day. The slopes had not yet seen a single snow board. Moguls were everywhere.

Disneyland and Disney World sold ticket books for the attractions. The “E” tickets got you on the big rides like Pirates of the Caribbean, Space Mountain, and the haunted house. You could purchase a book containing several “E” tickets for less than $10.00.

Black and white TV’s everywhere. Not many color TV’s anywhere. TV’s were heavy.

If your TV broke, you would have the repairman fix it, or you would take the tubes out and go test them on the tube tester in the hardware store, and buy your replacement tubes right there in the store. TV’s were too expensive to simply recycle and replace.

There were Sears and Roebucks everywhere. Malls were where everyone came to shop as downtown shops on “main Street” folded.

Telephone books, both white pages and yellow pages, were everywhere. In metropolitan areas, they were often three inches thick. In the phone booth, the one page you wanted was always torn out by someone before you.

Telephones had dials. Phone numbers with lots of 8’s and 9’s and 0’s were the bane of mankind.

Instead of ATM machines at the bank drive-thru windows, banks used pneumatic tubes.

Men’s jeans could be put on and taken off while wearing shoes.

Coors beer was not sold east of the Mississippi. Thus, it was considered exotic and a rare treat by easterners.

Long distance calls were expensive and filled with static. Distant people communicated mostly by snail mail handwritten letters. Postage stamps were less than 10 cents. Vacationers sent post cards for 3 cents. There was no email yet.

People still knew how to write with fountain pens.

Gas lines everywhere in the early 70’s and again in the late 70’s.

A US national speed limit of 55 mph was imposed. Everyone complained.

Moon landings every week it seemed during the early ‘70’s.

Airliner seats actually had leg room. You got free, real meals on flights longer than about 2 hours. They provided metal utensils, including the knives.

There was no TSA, no airport security checks, plenty of empty seats on most flights.

Airliners had smoking and non-smoking sections. So did restaurants.

Non-passengers could go right to the gate.

The airports were filled with Hare Krishna’s handing out literature and seeking hand outs.

Hitchhiking was a common practice everywhere. That was the 70’s version of Uber.

The 6 o’clock news was trusted. Walter Cronkite made it so, even if many noted some bias. Newspapers were believable, with fake news limited to the tabloids. We all knew which was which.

Gas for 25 cents or less just about everywhere.

Parents still let their young kids go out and play unsupervised all day long. Even after dinner until it was the kids’ bedtime.

You would listen to the top rock and roll hits on your AM radio, your 8-track or cassette tape player, reel-to-reel, or your record player. Record stores were a “thing”.

Engineers and scientists used slide rules to do their calculations. Electronic calculators were very expensive in the early 70’s.

No one would have known what FWIW, IMHO, and LOL signified.

Computer programmers used key punch machines to assemble a card deck for submission to the computer operator. Too bad if you didn’t check for hanging chads, or if your rubber band broke.

You had to watch TV shows when they were broadcast. There was no way to record a program to time-shift it.

Stores had mechanical cash registers. Everything was “rung up” manually. There were no bar codes. Receipts were still often hand-written. They gave out strips of Green Stamps or Blue Chip Stamps that you would lick and stick in a booklet. Fill the booklet, and redeem it at the store for merchandise.

Grocery stores sold encyclopedia volumes at deeply discounted prices. Encyclopedia salesmen came knocking on your door. The encyclopedia sets they were selling were gorgeous centerpieces for our living rooms.

In the early 70’s, Exxon gas stations didn’t exist. It was Esso in the eastern US, and Enco in the western states before both were changed to Exxon.

Gas stations competed by offering free drinking glasses and other goodies. Attendants automatically checked your oil and tire pressure, and cleaned your windshield.