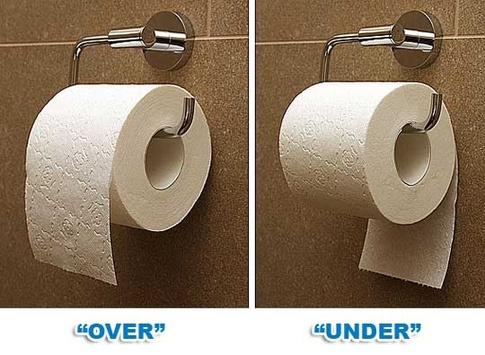 There is nothing easy about under the roll. Over is the only thing that makes sense.