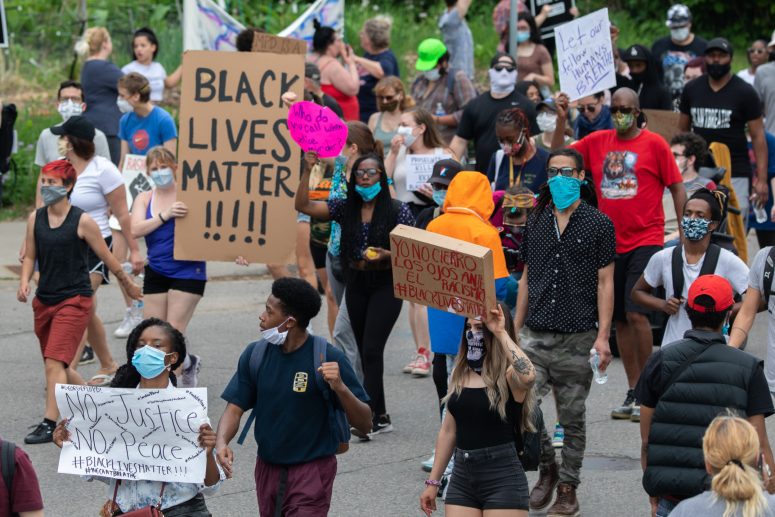 I was raised on the belief that few things are more American than protesting.

In high school, I successfully protested a high school teacher for saying that I had to stand for the Pledge of Allegiance. Although I was sitting out of laziness, as soon as she told me I “must stand,” I remained seated in legal defiance. The next day after my friend and I failed to stand, she sent us to the principal. After meeting with school officials, it was determined that students didn’t have to stand for the Pledge. So on the third day, our teacher humbly stood in front of our class and said she was wrong and apologized. From then on, my friend and I stood for the Pledge every single day with the utmost respect.

I felt a similar feeling of pride watching “reopen the economy” protesters this spring. I was saddened to them being shamed for protesting nationwide quarantines. There’s never a bad time to protest! If anything, lockdowns are the ideal time to protest.

Recently, I’ve felt equal amounts of pride watching “black lives matter” and “celebrate police” protests. Although seemingly on opposite ends of the political spectrum, I believe both are justified and honorable. As with all complicated issues in life, the truth is somewhere in the middle. Cops are sometimes brutally and deathly racists, and we should try to fix that. But mostly they are good, and they should still be celebrated.

After some professional athletes started taking a knee several years during the National Anthem (which is way more respectful than my lazy seating tactic), I was confused by all of the fuss. “Why are so many people upset about a peaceful protest?”

One belief I vehemently oppose, however, is: “If you’re not with us, you’re against us.” Just because someone choses not to attend one of the above protests or rallies does not mean they don’t support it. None of us can impose our priorities and top values onto others.

That would be like saying just because you don’t donate to or volunteer for Operation Underground Railroad that you’re in favor of pedophilia. Or that you hate ex-convicts if you don’t join a local support group to help them acclimatize back into society.

If you don’t like one of the above causes, that’s fine. Heck, you could even protest it, and I won’t fault you. For example, I think Neo Nazis are terribly misguided and hurtful, but they shouldn’t be silenced or censored.

The best way to combat hate, misinformation, and bad ideas is to let them see the light of day, so they can be exposed for what they are. After all, bad ideas fester in the shadows but ultimately die in the light.

The same is true of protests.