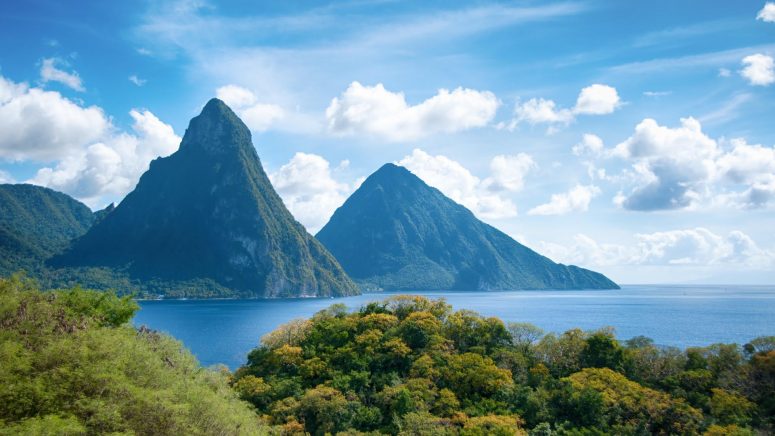 Since its release 10 years ago, the U.S. Passport Card has been issued to more than 17 million Americans, or around 10 percent of all passport holders, according to the State Department. Although half the price of a Passport Book, which grants full access via air travel to nearly all of the world’s 200 countries, Passport Card holders can only access 10% of nearby international countries and are limited to land or sea travel.

In other words, Passport Card holders can travel by car throughout North America, or by boat to the Bahamas and much of the Caribbean. More specifically, they can legally enter and exit the following countries: Canada, Mexico, Bermuda, Anguilla, Antigua and Barbuda, Aruba, The Bahamas, British Virgin Islands, Caribbean Netherlands (Bonaire; Sint Eustatius and Saba; Curaçao; Sint Maarten), Cayman Islands, Dominica, Dominican Republic, Grenada, Jamaica, Montserrat, Saint Kitts and Nevis, Saint Lucia, Saint Vincent, the Grenadines, and Turks and Caicos.

For Americans with only a Passport Card, what’s the best foreign place to visit? Of the 19 countries allowed, these are the top-rated destinations, according to online traveler reviews, media rankings, and my own personal experience.

Mexico. Although you need to exercise caution in some areas, Mexico remains one of the best places to visit on the entire planet, not just for those with restrictive passports. It’s home to world-class beaches that rival Hawaii, one of the seven wonders of the world in Chichen Itza, arguably the most famous comfort food, and is the second most affordable country on Earth to visit.

St. Lucia. Often ranked as the best island in all of the Caribbean, this popular cruise port is as picturesque as it is romantic and adventurous. Here you can climb dramatic mountains, see volcanic beaches, dive in nearby reefs, hike or zipline through interior rainforests and waterfalls, or unwind at luxury resorts. If you only visit one Caribbean island, make it this one.

Anguilla. While geographically uninteresting (i.e. the island is mostly flat), this Eastern Caribbean island more than makes up for it with dreamy beaches, amazing food, luxurious resorts, and undoubtedly the most friendly and safest residents you’ll find in the area. It’s pricey, but oh-so-worth it.

Canada. Want to expand your horizon of majestic U.S. landscapes and foreign idiosyncrasies without totally feeling like a fish out of water? Visit Canada. See Jasper National Park, Banff, Vancouver Island, and even the remote outpost of Newfoundland if you can boat that far. For an even more foreign experience, head to either French-speaking Quebec City or Montreal, which can make you feel as though you’ve magically transported to Europe.

Virgin Islands. Known for its white sand beaches, reefs, and yachting, the Virgin Islands are divided into two separate nations: U.S. and Britain. Passport Card holders get access to both. While the British bunch of islands are quieter, they’re also more expensive and less adventurous than the American ones. Whichever side you land on, however, you’ll be happy you came.

Puerto Rico. Like the U.S. Virgin Islands, you don’t need a Passport to visit popular Puerto Rico—a photo ID is enough to travel by air or sea. Either way, it’s a remarkable place for history buffs, anyone seeking a taste of Spain in Old San Juan, and anyone in search of beaches or tropical rain forests. As for last year’s devastating hurricane, “Everything is open and in excellent condition for tourism,” says one recent report.

Turks and Caicos. Like Anguilla, Turks and Caicos is on the pricey side of the Caribbean. But it’s especially popular among wellness hunters. As a British Overseas Territory, it’s home to 40 low-lying coral islands, Grace Bay Beach, a 14-mile barrier reef, and a dramatic underwater wall off Grand Turk island.

Dominica. Like both St. Lucia and Hawaii, Dominica is a mountainous island covered in green rainforests. But unlike the former, tourism didn’t begin here until the 1990s. That makes most of the island a pristine and untouched paradise for nature lovers. Here there are natural hot springs, boiling lakes, volcanic Morne Trois Pitons National Park, and the stunning Trafalgar Falls. ●

About the author: Blake Snow contributes to fancy publications and Fortune 500 companies as a seasoned writer-for-hire and travel columnist. He lives in Provo, Utah with his supportive family and loyal dog.