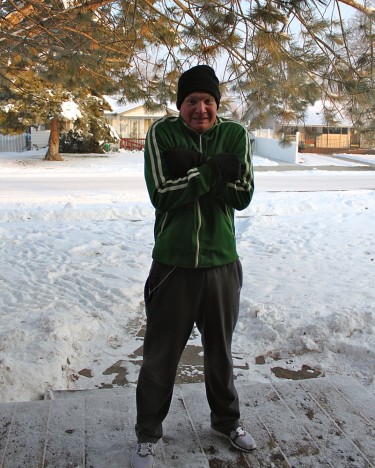 A funny thing happens to humans in winter. At first, the coldest equinox is a magical time for children, especially when it snows. With age, however, those same humans sometimes grow to despise the season. They become calloused by it; discouraged by it. They forget the importance of it to new life; the relevance of it as a requisite opposite.

Upon relocating to Utah 12 years ago, I felt even more jaded by winter given the increased snow here. I didn’t care that this desert land accumulates most of its water from white-capped mountains that melt in spring. I didn’t realize just how water-less summer would be without winter.

All I knew is that I didn’t like commuting in it. And I was a really important person then, busy getting from A to B as fast as I could. Winter, you see, slowed me down.

Like others, my wife shared my negative view of winter for a long time. But then she had a change of heart, as she often does.

“Blake,” she announced one day, “I’m not going to fret over winter anymore. We’ll just wait for the plows to come out before hitting the road, take up colder activities, and cozy up to the fire more with a good book or movie when it starts getting dark earlier,” she added. “There’s no escaping it, so we might as well embrace it.”

Keep in mind, this is coming from a woman who once turned down free skiing just to stay warm indoors. Next thing I knew, she was buying sleds, Sorel boots, running Turkey trots, and darting at the chance to make snow angels. Having children later facilitated this. But Lindsey started it. She is queen of embracing and encouraging those around her to accept whatever life throws at her.

That was almost a decade ago. Since then, winter doesn’t seem as cold as it used to. Hot chocolate tastes better. The outdoors are markedly more reverent. As a family, we now look forward to slowing our roll for a season and playing hooky in the snow. Winter is no longer an obstacle, it’s an advantage.

Obviously, Andy Williams was lying when he called it “The most wonderful time of the year.” As the harshest of seasons, few people bemoan the end of winter like they do its contemporaries. But the sooner we appreciate winter, the happier we’ll be spending 25% of our lives in it.