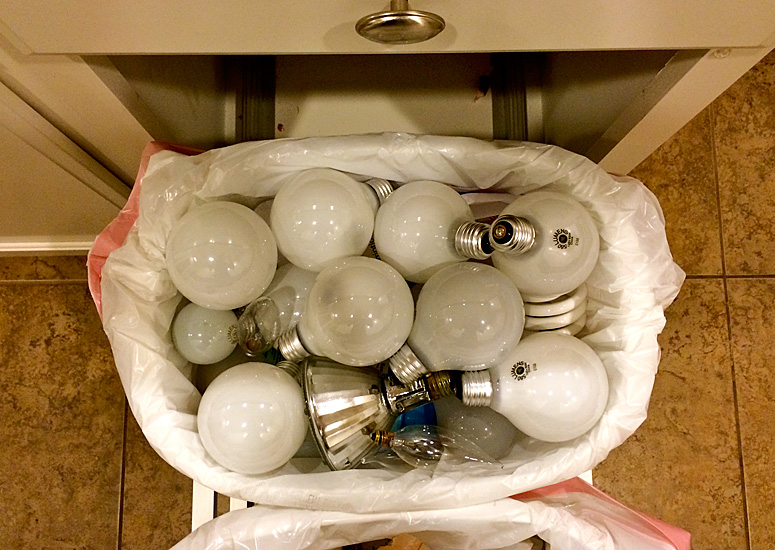 For energy saving reasons, I did a wholesale replacement of our incandescent lightbulbs this week. We’re now using compact fluorescent lightbulbs (CFLs) throughout the home (gasp!). Here’s what I think so far:

Although I also considered LED lights (which use half the energy of CFLs and light faster), everything I’ve read is they’re still not economically justified, since they cost twice as much as CFLs. That should change as prices drop, but for now I’m excited about my energy efficient and “soft white” lighting.

I have all three at our place and my favorite by far is the LED bulbs. I think they look as close to incandescent as I’ve seen.