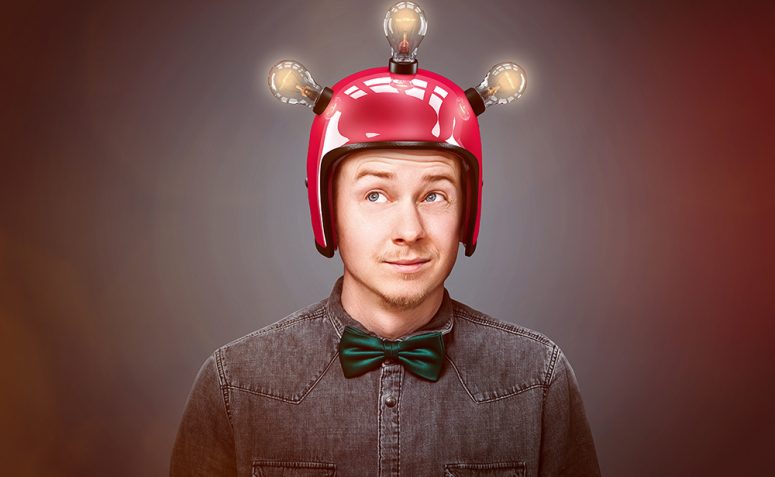 I’m convinced there are two types of creators in this world: genius ones and everybody else. By my estimation, 99% of us fall into the latter category, myself very much included. As such, we must play by different rules.

You see, 1% genius talent (or creators) are so good and so talented at what they do, they can release only one or two remarkable things and reach millions of people. That’s what makes them genius. They’re so… breakthrough, if you will, that a limited release schedule cannot keep them grounded.

Laura Hillenbrand, one of my favorite non-fiction authors, is the perfect example of this. Seemingly out of nowhere, this writer from Virginia published her first book, Seabiscuit, in 2001. It’s incredibly well researched, beautifully told, and wholly inspiring. Two years later, it was made into an Academy Award-nominated movie.

In 2010, Hillenbrand released her second, arguably even better, book, Unbroken, which was also made into a major motion picture. Both books combined have sold over 13 million copies and enjoy a perfect 5-star rating on Amazon from tens of thousands of reader reviews. Aside from a few obscure magazine articles, that’s all Hillenbrand has produced to date.

You and I aren’t, dear reader. If we want to reach the widest possible audience, we cannot release just one or two things like Hillenbrand or other genius talent. We must abide by different rules. The good news is the rules involve only two components that are easily explained with a single sentence. It is as follows:

That’s it. To reach and engage your audience, you don’t need great or otherwise genius content. But you do need compelling, interesting, relevant, and timely content. That’s what I mean by good content.

And unlike genius creators, you must publish regularly. What’s regular? In my experience, it’s at least once or twice a week for moderate growth, several times weekly or even daily for hyper growth. Only then can you break through a very noisy market to stay top of mind in the battle for audience mindshare.

Other than that, there’s no secret sauce or special algorithms you must crack. ChuChu TV is a great example of this. Five years ago, the upstart YouTube channel had only a few thousand subscribers. Today, the channel enjoys more than 20 million views—that’s four times the number as “Sesame Street.”

ChuChu TV accomplished this by publishing good content (as deemed by toddlers) with regularity. No tricks, or keyword stuffing, or magic. Just good content published regularly.

Will you reach millions of people like Hillenbrand or ChuChu TV? Probably not. But that’s not the point. You can reach thousands and increase your chances of reaching millions, but only if you play by the rules. Only if you publish good content often. When that happens, you will correspondingly increase your repeat buys, first-time buys, subscriptions, comments, shares, and views.

The metrics will take care of themselves. So don’t overthink it. When it comes to reaching wider audiences, speak their language with timely good content. This works. I speak from experience. You can do this.

This story first published in 2018 on Wordsmithie