The first was while flying home from France after hiking Mont Blanc with my long-time friend Wesley Lovvorn. Despite being about the same elevation as my beloved Wasatch Mountains, The Alps appear 2000-4000 feet taller due to greater topographical prominence. That is their valley floor is about 2000-4000 lower than the 4400 feet I live at in Provo. Consequently, the Alps looked like giants the first time I saw them. But not as giant as the cumulus clouds I flew through on the way home. Shortly after crossing into eastern Utah on the 10 hour flight from Paris to Salt Lake, my Delta plane felt like an insect flying into an endless mountain range of white, billowy water vapor. I’ve never seen anything so big. It was a beautiful and comforting sight to come home to.

The second experience occurred while flying home from Costa Rica. Shortly after crossing into Nicaraguan air space, my airplane seemed to hover over an endless sea of cotton balls on both sides of the plane (pictured). As you can see, they went on forever. Usually I’m overcome by land or otherwise non-aerosol formations and seek them out often. On these two days, I was overcome by atmospheric art that was anything but plain and everything but simple.

Of this no one can deny, at least not yet: we live on the most amazing planet in the observable universe. It’s not even close. I’m humbled and overjoyed to have been born where and when I did. 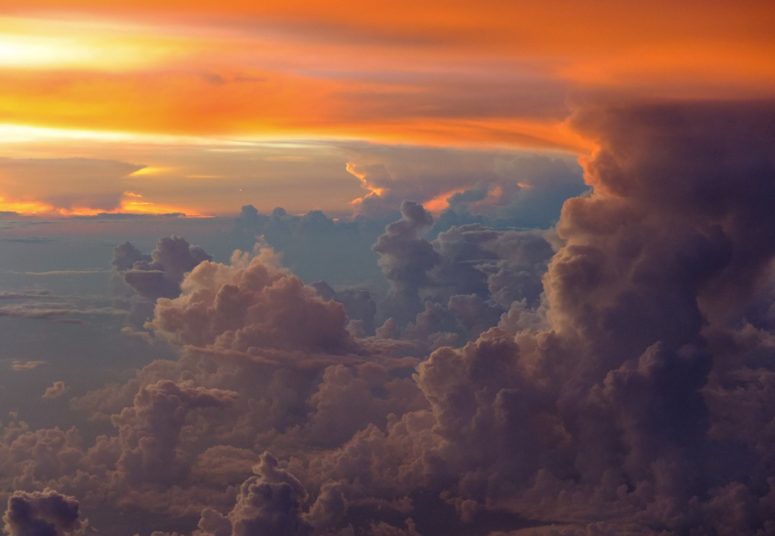