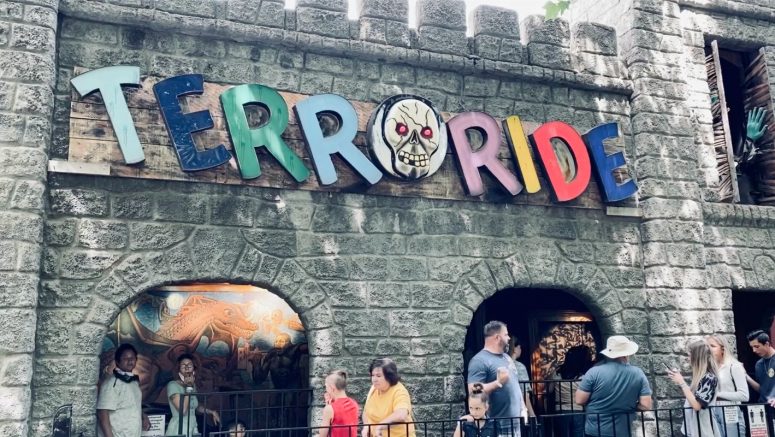 Depending on where you live, amusement parks can be one of the best day trip experiences around. But like everything else, coronavirus indefinitely changed them.

As one of the US states with the lowest rates of coronavirus infections, Utah was also one of the first to lift restrictions and open its doors. In late May, one of those doors was the highly-rated Lagoon Park, which USA Today recently named one of the best “hidden-gem” theme parks in the country.

Local reaction to the park’s reopening was tepid at best. Is a tightly packed, and line-filled attraction really such a good idea, especially after over two months of quarantine? At first my wife and I said no. But after reading favorable reports of “no crowds,” “attendance limited to 15% capacity,” and “we had a lot of fun,” – not to mention almost no getaway options at our disposal (even Utah’s national parks still hadn’t yet opened) – we booked our family for the following Saturday.

Upon arrival for our mandatory reservation time, the ticket agent asked us to wear our masks through the turnstile, but added that we could take them off once we made our way through the gate. We did just that and noticed we were in the majority. There was no shaming either way – everyone was respectful of one another’s comfort level.

Soon it was obvious that after more than two months of quarantine, park-goers were visibly more scared of boarding the terrifying flagship Cannibal ride than they were of contracting COVID-19 on their day out. And thanks to lower capacity limits, we were able to board the ride several times with lines taking less than five minutes. On a normal day pre-pandemic, wait times for Cannibal typically require an hour or more.

By the afternoon, as new reservations entered the park, those wait times increased to maybe 15–20 minutes total for the most popular rides. One of the park’s new policies kept certain seats open to meet social distancing requirements. While most ride operators let members of one party use those blocked seats anyways and sit together, some operators didn’t know how to tell who was in the same party or not. Hence, this rule was inconsistently enforced.

While every ride was open, many food stores were not. It seemed like fewer than half of them were accepting orders. As for the bathrooms, every men’s urinal and sink were marked “for use” or “not for use.” I used one of the latter to stay close to my young sons, even though there were obviously not enough people to use them all anyway. These sinks and stalls weren’t actually blocked off or not working. They just encouraged attendees to avoid them.

At the core of each new policy and regulation were good intentions, but it was apparent that not all of them were thought through. The clearest example of this were the signs and temporary ground markings encouraging visitors to stay six feet apart. In most of the park, it was simple to stay six feet away from fellow attendees, but while lining up for the next ride and snaking between the metal corrals, it was not. While one could socially distance themselves from people either in front or behind them, there was no physical way to do so with people standing beside them in line.

In that way, theme park reopenings are a microcosm of the changed world we find ourselves in. Although well-intentioned, the rules are inconsistent and confusing. There are a lot more hand sanitizing stations now (always a good thing), but there’s still so much that is closed to us. The “new normal” still feels incredibly abnormal.

That said, my family still shared plenty of smiles, lots of laughs, and had a great time distracting ourselves from lockdown monotony. If that’s the best we can do for now, then it was entirely worth it.

Editor’s note: As of June 15, Lagoon Park has begun requiring park guests to wear a face mask while standing in ride queues.