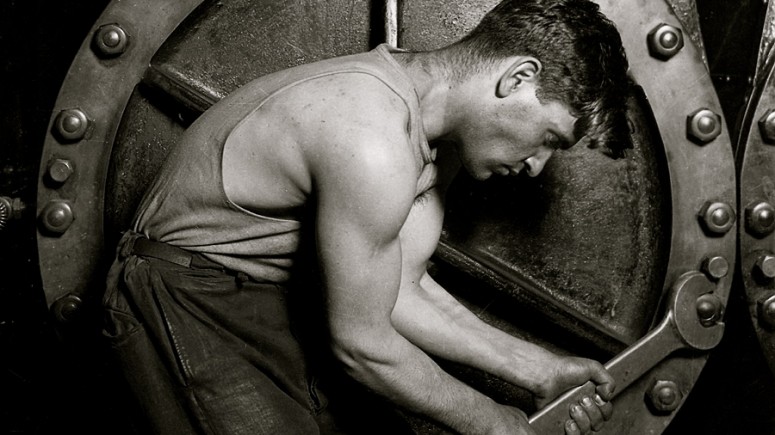 This edition of the Offline Newsletter is written by an unknown author as told by my father, Brent Snow. As you work to find your digital sweet spot this year, I hope this serves as inspiration.—Blake Snow

There is a story about a billion dollar luxury liner, outfitted with every possible appointment, convenience, necessity, and designed to gratify every decadent demand of its prominent passengers. This floating Taj Mahal, booked solid for months by wealthy citizens and exporters, exhibited a phenomenally delicate profit margin in which time was money. Lots of money. For this great ship to sit idle for even an hour would cost the owners millions of dollars.

As such, every effort had been made to ensure that the ship would operate at peak efficiency. The engine room had as many backup systems and fail-safe mechanisms as an Apollo rocket. No detail had been overlooked in building the most reliable, durable mechanical equipment money could buy. The engine room was staffed by officers, experts, and mechanics from around the world. Each stood vigil in a gleaming white uniform looped with gold braid and brass buttons. Computer systems, draped in matted plastics and steel, lined the walls. Nothing could possibly go wrong.

Except on the day of its christening, the ship’s engines would not start. The crew tried everything to remedy the situation, as the passengers paced restlessly for an hour, then two. The captain frantically wired around the world for advice, getting nothing in return but sympathy. So the great ship stood idle in its berth. The experts and engineers were at a loss. Finally, an officer remembered hearing about an old mechanic who could fix anything. His methods were considered unorthodox, if not dubious. Nevertheless, the captain decided he was worth a try.

After scouring the dockside streets for some time, the crew located the weathered man in a bar. Creaking slowly to his feet, he agreed to “have a look” and shuffled to the scene, pushing a wheelbarrow of greasy tools with him. He entered the engine room, surveyed the scene, and ordered everyone to give him space. Like a rat, he scampered from one end of the room to the other—feeling parts, smelling the air, nodding absently to himself.

After several tense minutes, the observers grew restless. The old man’s staccato grunts became more urgent as he settled into a corner of the room with hundreds of brightly colored-coded pipes spread in every direction. Selecting an obscure pipe, he studied its shape and form for a moment, and then returned to his wheelbarrow in search of the proper tool. He picked up an immense monkey wrench. He inspected it. Then returned to the target pipe, reared back mightily, and—to the astonishment of the crew—hit it as hard as he could. The shudder reverberated throughout the entire hull. After that, the engines sputtered, hiccupped a few times, then settled into a gentle purr.

Cheers erupted. Despair turned to elation. The ship was back in order and ready to get underway. With that, the captain approached the old man, dramatically removed his checkbook and asked, “How much do we owe you?”

“You old crook!” the captain stammered. “How dare you overcharge us for the little you did. For an expenditure this large, you’ll have to submit an itemized statement for approval.”

The mechanic nodded, produced a crumpled piece of paper from his pocket and scribbled the following:

Mechanic’s Bill For Fixing the Ship

Moral of the story: Learn from experience. Gain wisdom. And when you find the right spot on the pipes in your life, hit them as hard as you can.

See also: How to measure your life