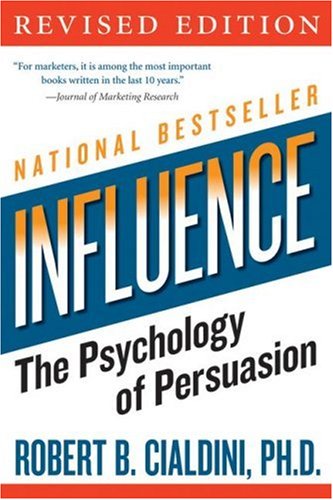 Humans are usually influenced in one of six ways, argues Robert Cialdini in Influence: The Psychology of Persuasion. I suspect there are a lot more subtle and intricate ways to influence, but I think Cialdini certainly covered the highlights in his popular book published in 1984. They are as follows:

Finally, humans should be especially cautious of inquiries and attempts at influence when we’re tired, tense, or overwhelmed. Any of those three can lead to buyer’s remorse as it makes us more susceptible to the above “response triggers.”

All told, Influence isn’t as insightful or as well researched as Thinking Fast and Slow. But it’s a helpful guide — if not a “survey course” — for anyone hoping to influence more or be persuaded less.

Three stars out of five.