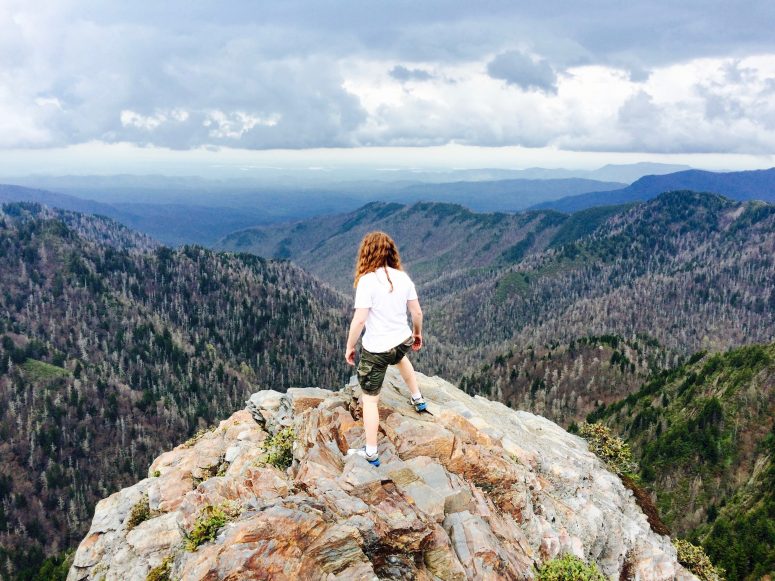 Derek Buck in 2015 overlooking the Great Smoky Mountains of Tennessee

I’ve never stayed in bed all day. At least not for mental reasons.

Thanks to the optimistic and high-energy genes I was gifted at birth, not to mention some healthy lifestyle habits (regular exercise/activity, balanced diet, lots of sleep, an appetite for reading, and scheduled relationship time), I’ve never felt depressed for more than a few hours at most.

My friend Derek Buck, on the other hand, knows depression all too well. I’m not sure if he’s up to his knees or up to his neck at the moment, but his excellent writing on the subject has increased my sympathy.

Take this little “thing” for example: 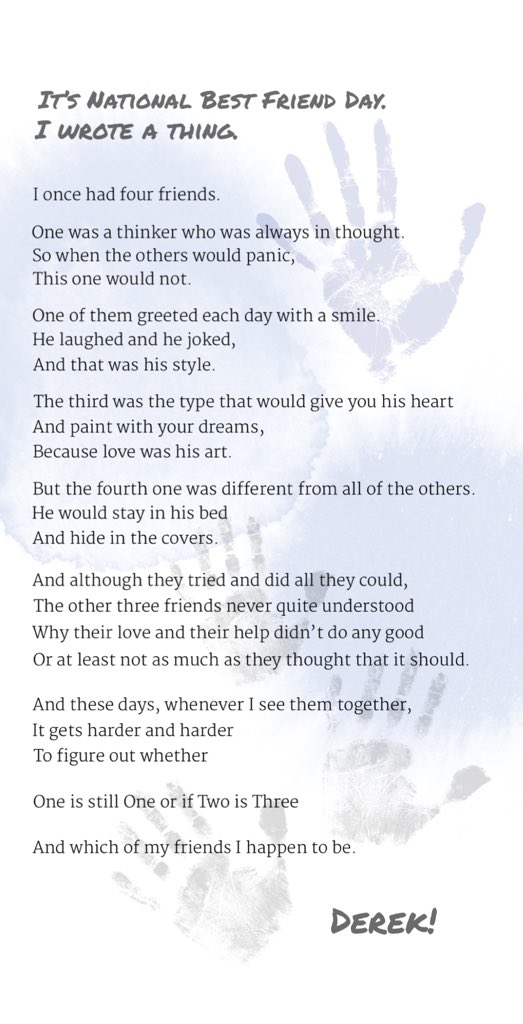 Or this excerpt from a story he wrote entitled, I was on the verge of suicide. Playing Zelda saved me:

After almost 300 hours, we finally stormed the castle, slew the demon and saved the princess. I’d faced Ganon in other Zelda games, but because of what Breath of the Wild had meant to me, this battle felt more intense than any of the others. It was bittersweet. It was emotional. It was cathartic.

It was over. My time in Hyrule was over. And it was time to face my world with the same kind of bravery.

I’m not saying my demons are slain. I’m not saying I don’t have awful days when it’s a struggle to get off the couch. I’m not saying Breath of the Wild cured me—you don’t exactly cure depression, certainly not with a video game. But it’s difficult for me to imagine how things would’ve unfolded without it…

The finality of seeing ‘The End’ hit me like a cannonball in the chest. What if I slipped back? What if I had another one of those sweaty, sleepless nights? What if I heard myself say those words again? And that’s when [Zelda] dropped its final lesson on me.

There are no more princesses to save, dude. It’s time to save yourself.

I’ve known Derek for 11 years, although I’ve never met him. We crossed paths online in 2007 after he answered the call to write a guest essay for a video game website I once published (but later sold). He wrote another, then another, then another, and we’ve stayed in touch and collaborated on many projects ever since (including this excellent podcast on the murkiness of manliness).

After reading this story, however, I decided early on that Derek was a genius writer—a much better one than me. Really.

And that’s what pisses me off about Derek’s depression—that something exists to limit, obscure, or undermine his remarkable talent.

Derek, if you’re reading this, I hope One, Two, and Three can put Four in his rightful place. I believe they will, because I believe the light in you is brighter than the darkness.

You’re right: Derek’s writing is incredible. I loved his poem.

But some thoughts on depression . . . I paused when I read this line: “And that’s what pisses me off about Derek’s depression—that something exists to limit, obscure, or undermine his remarkable talent.” You might consider thinking of depression as it correlates with intelligence and creativity. Here’s a good overview article: https://www.scientificamerican.com/article/bad-news-for-the-highly-intelligent/. Perhaps Derek’s remarkable talent naturally lends itself to melancholia or depression. That’s not to say that depression is a great thing, but it bears pointing out that depression is often a disorder that simply goes along with having all sorts of other traits. In that way, it’s very difficult to treat with activities like exercise and sleep, though they certainly help.