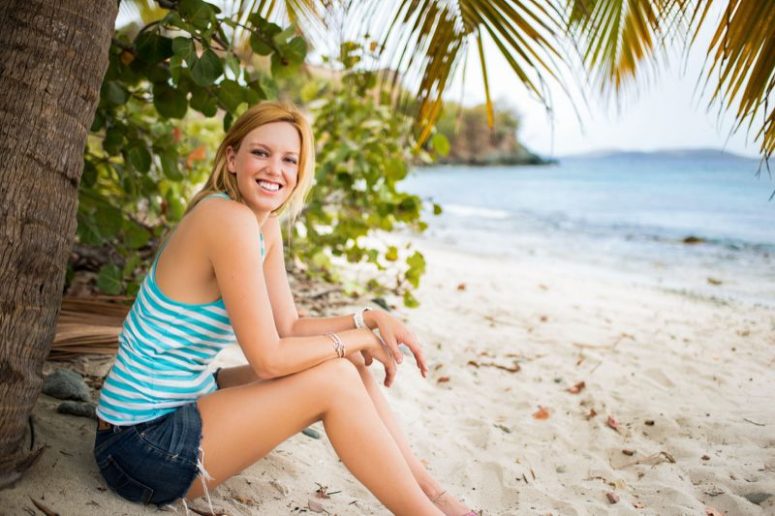 “Writing an essay that started with a chicken in my shower turned out to be the most meaningful accomplishment of my life,” says Noelle Hancock. “It’s unfathomable and humbling, having strangers say you inspired them to leave a job, relationship, or place they weren’t happy in—even when others told them it was a terrible idea.”

Five years ago, Hancock left a $95,000 job and the capital of the world to scoop ice cream on the U.S. Virgin Island of Saint John. Why? She didn’t like her increasingly wired and phone-driven life in New York. Four quiet years later, an old friend asked her to state her reasonings in a story for Cosmopolitan. The story blew up.

“I wasn’t prepared for the response,” the 36 year-old said earlier this year. “People wrote that my story was an example of first-world privilege. For others, it was a smug affront to their own life choices. Some commenters loved me. Some hated me. Many had an unhealthy attachment to the caps lock key.”

The reason: insecure people want validation. And a lot of people are insecure. Because of this, those same people “thoughtlessly heave crap into the universe,” Hancock says of nasty online comments. “Not everyone is going to agree with all my life choices, or yours. All you can do is hope people find their own island of contentment—whatever it is. And wish them well on their journey.”

What I admire most about Hancock is her quiet commitment all these years later. She didn’t radically and abruptly transform her lifestyle as social experiment or dramatic cry for attention. She did it for herself.

If you check her lack of online activity over the last five years, or rather near complete absence of it, you’ll see that. Must be a sweet, sweet life living by the salty sea.