The good news: The scary-sounding time so many people are quick to compare 2008 to was actually caused by a broken economy (Google it), which in turn led to the great stock market crash of 1929. I don’t see a similarly broken economy today, not at all (and by economy I mean local, national, and international businesses operating as usual). Credit is tight, and that will curtail spending a bit, but cash flow positive companies will do fine. They’ll keep hiring. They’ll keep advertising. And they keep chasing a buck. 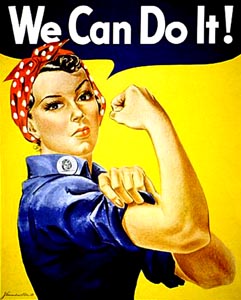 But let’s assume the stock market worsens. Still more good news: It’s to be seen if a broken stock market (which I don’t have to remind you hasn’t crashed) will lead to an economic crash. To my understanding, that’s never been the case, because money markets deal in speculation. Economies deal in real-world commerce (the buying and selling of goods). The two affect each other, but the latter does far more than the former.

Recession? That’s a done deal, and there’s nothing legislation can ever do to prevent it. But we have downturns every 5-10 years, and they’re bearable at worst. The market just needs to cleanse and heal itself now and again, just like Mother Nature does with natural forest fires to repair infertile soil.

What’s more, the dollar gains in value as the world money markets shutter (Google it), because a struggling U.S. is still more trusted than a struggling [insert any country here]. I don’t mean to sound cocky, but it’s the truth. After all, currency is only as good as the country that backs it, and the U.S. as a whole can still be trusted. It takes more than a single inept administration to run a nation’s entire legacy into the ground, so keep hope alive.

My heart goes out to any who have lost savings, retirement, and loans at the hands of a shady Wall Street. But stay in it for the long haul. Be grateful for your current income. You can and will get through this, despite what a fear-inducing government might say.

I know Lindsey and I are still spending at normal levels. You should be too. Never mind what Monopoly money changers are doing on Wall Street. So long as you and your business are cash flow positive (read: not completely dependent on credit), you’ll be able to weather any slowdown in the economy, especially with hard work. I promise.

Source: A bachelor’s degree in business

Boo Ya! Bachman for the win! Well said.

What the hell is wrong with you, why you gotta hate on the black man.

@Monica – Why you gotta hate on reading and comprehension? Go back and read the post.