With little else to do in quarantine, I’ve been making a lot of music over the last four months. I’ve recorded an album’s worth of original material, which I hope to release this summer, and started rehearsing with a live cover band—a rock quartet comprised of me singing, Ashton Bennett melting faces on guitar, Caleb Browning rocking a ridiculous amount of bass and backing vocals, and Jayce Ward not missing a beat on drums. (video evidence here)

When I first started crafting a setlist that I wanted to perform live, I immediately noticed a few songs with prominent tambourine use. “That might be cool to play live,” I thought to myself, even though I haven’t seen ANYONE play a tambourine since Led Zeppelin singer Robert Plant proudly used to rock one. Back then I thought he and other (mostly hippie) performers just did it for looks or because they couldn’t play a “proper” instrument.

Nevertheless, I thought I’d try one for the sake of great sound. Setting my juvenile misconception aside, I ordered the below from Amazon, and it arrived on my door step the next day: 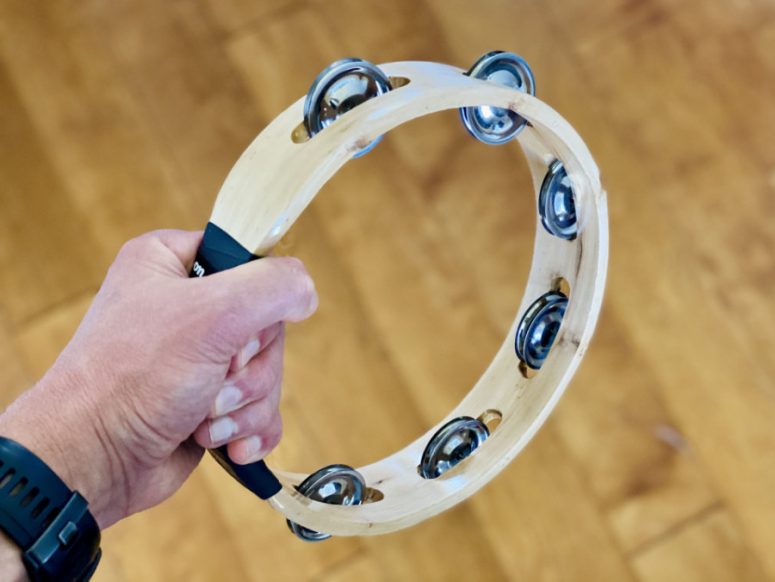 “Let’s see what this thing can do,” I thought to myself.

As a novice drummer, I learned my tambourine parts in a matter of seconds. Then I took it to band practice. Note: I have never played in a band that employed a tambourine before. I was a little embarrassed what my bandmates would think, but they didn’t say a word. “That really filled out the sound,” I thought to myself. Both guitarists mentioned that it really helped keep the time before we eventually found a drummer.

Then a funny thing happened. The more I started rehearsing my setlist and recording music, the more I discovered just how prominent tambourines are in modern pop, rock, and even punk music.

They’re everywhere! In fact, tambourines are played in well over 50% of the music that I and probably you listen to. I’d say over 30% of tambourines play pretty prominent roles and are easily heard by musicians. By my estimation, they trail only guitar, bass, and drums in terms of popular rock use—even more than synthesizers. What’s more, another 15% of recorded tambourines are so subtle and often come across as just a high hat on drums to the untrained ear. But either way they are there and they are a wonderful way to “fill” the sound of both recorded and live music, much like Will Ferrel famously used a cowbell to “explore the space” as a member of Blue Oyster Cult.

While that skit is poking fun at both musicians and producers, there really is truth to the idea of sonic space and how different instruments fill it. For example, when I took my tambourine to its first full drum set practice, I thought it would be drowned out by the loudness of the drums and amplified guitars. To my surprise, my trusty little tambourine cut through all of that noise, because our ears hear them on a different frequency. With tambourines or any other unique instrument or percussive device, they co-exist, stack nicely, and play well with others precisely because they tickle our ears in a different way—not because they are the loudest instrument in the room. The same is true with those tiny little cymbals on my tambourine.

Long story short: My name is Blake Snow, and I proudly play tambourine now. Believe it or not, music would be a lot flatter without it.

READER CHALLENGE: Tambourines are used in 13 of the below 20 songs, which my band hopes to perform live later this summer. Can you guess or re-listen to name all 13? Hint: two in particular are really quiet but still there because some professional musician knew well before me just how important they are to modern music. 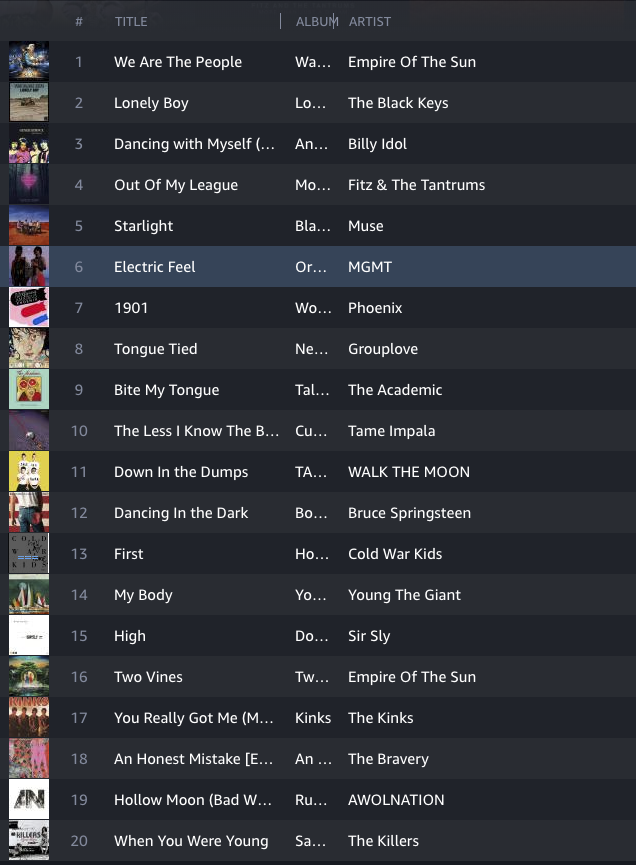