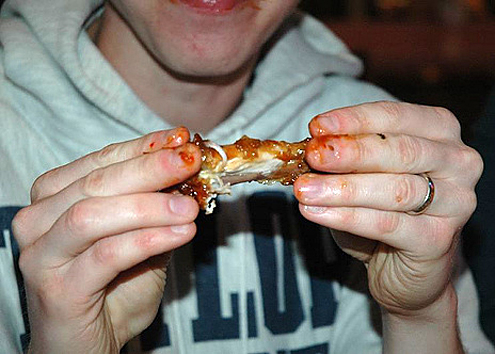 As a general rule, food and video games are about as compatible as texting and driving (hint: they’re not). You might be able to get away with cold pizza with a controller in hand, but never stuff your pie-hole with this messiness during play: 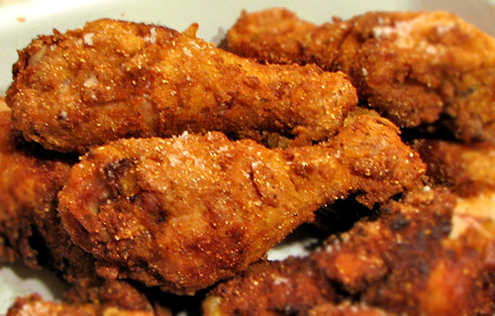 5. Fried chicken
Unless you want to lose your game—or worse, your TV by a flying Wii remote—a firm grip on the controller is a must. That said, fried chicken, the greasiest of all finger foods, should be avoided at all times. As a Southerner, I like a delicious drumstick as much as the next guy. But you need professional help if you can’t stay away from the colonel’s original recipe for at least a couple of hours. 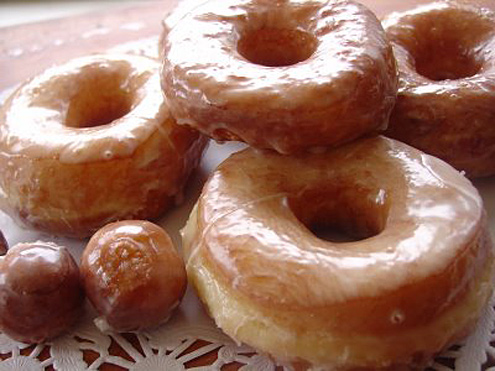 4. Glazed doughnuts
Mmmm. Doughnuts. Everybody loves doughnuts. Especially glazed ones. But not only will you sacrifice sure gaming footing while stuffing your face with the sticky goodness found on the latter, you’ll probably clog important bits and pieces on your controller with sugar syrup. Once that happens, kiss your controller goodbye, you slob. 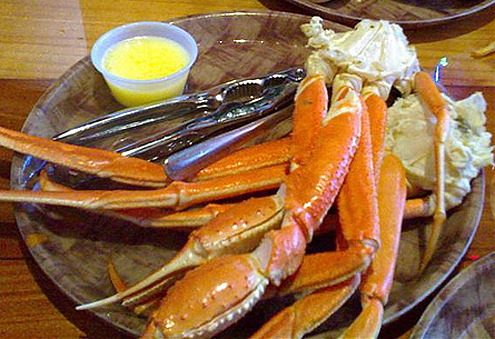 3. Crab legs
The only thing worse than grease while playing video games is butter. And you can’t eat crab legs without liquefied butter, unless you happen to be a fish. Spilling a tiny cup of oiled fat on the sofa is bad enough. But a complete inability to clutch a controller due to buttery hands makes “the deadliest catch” a definite no-no while gaming. Plus, they’re too much work! 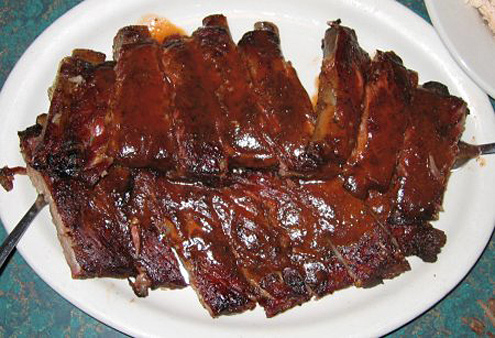 2. Rack of ribs
And you thought glazed doughnuts were bad. Although succulent, barbecue ribs are so messy, there should be warning labels on both game cases and take-out boxes not to mix the two. Your fatty self might be able to sneak by with a dry rub, but wet ribs should definitely be verboten in gaming rooms everywhere—by law if necessary. (See also: Buffalo wings) 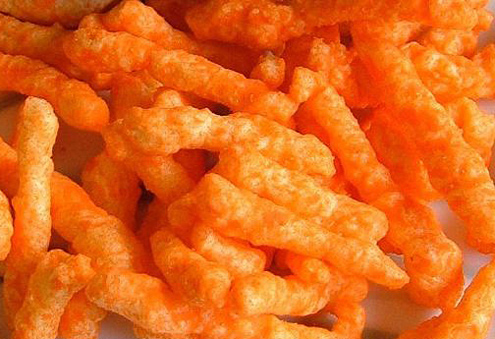 1. Cheetos
After asking friends and fellow critics to name the No. 1 food to avoid while gaming, the overwhelming majority said Cheetos. Doritos are bad, but Cheetos are worse, because layers of cheese pile on fingers coat over coat, getting progressively gunkier the longer you eat. They’re certainly tasty, but Cheetos muck up controllers like nobody’s business. The worst gaming food of all time.

Messy food in general is gross to me. Game controllers and messy food? Double gross!

I thought is was going o be some type of health thing… like what type of foods make you gain the most weight while gaming. hah!

flaming hot cheetos are even worse!

What the hell are those things in the picture for “cheetos” supposed to be?

http://blog.beliefnet.com/onecity/is_cheetos2_070905_ms.jpg are cheetos… The stuff in the article image appears to be medical waste O_o

[…] •Top Five Foods to Avoid While Playing Video Games [Smooth Harold] I suppose that, yes, since I’m not goddamn Doctor Octopus, it might be a little tough to eat crab while playing video games. Cheetos are this guy’s number one, because of the orange fuzz it leaves on everything. My top pick: stay away from chitlins. Cause they’re intestines. […]

[…] Top Five Foods to Avoid While Playing Video Games [Smooth Harold] I suppose that, yes, since I’m not goddamn Doctor Octopus, it might be a […]

@pomax – Those are Cheeto Puffs, the image in the article is of actual cheetos.

mmm… cheetos (i have never tried one, but god they look yum!)