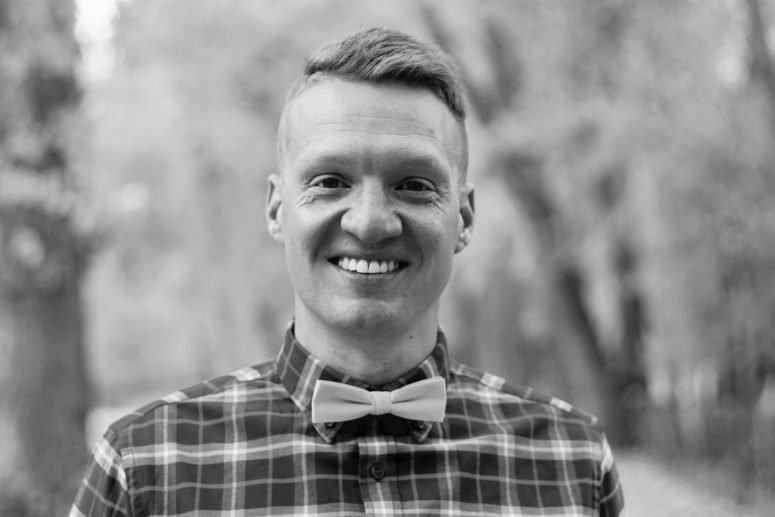 The following first published in the Deseret News in support of my new book.

Turkey, ham, presents and Santa are no longer the only staples of the holiday season. Smartphones — and more specifically family members staring wide-eyed at screens around the dinner table — have become a common holiday sight.

Utah author Blake Snow wants to see that change. His book, “Log Off: How to Stay Connected After Disconnecting,” chronicles his divorce from a life in front of screens. Having spent time as a tech blogger and a freelance writer, Snow knows putting the phone down for good isn’t an option in today’s world, but he’s learned to find a balance that allows him to use his phone as a tool rather than allowing it to become a way of life. His book — a “self-help memoir” — aims to help others tackle that seemingly impossible task.

“I want to take advantage of these powerful devices and tools,” he said. “But I want to set boundaries with them, rather than have them hinder or distract me from doing the things I love.”

Snow spoke with The Deseret News to share his best tips for putting down the phone during the holiday season and how to sustain minimal phone usage long after Christmas dinner is over.

Turn your smartphone into a “dumb phone”

While phones continue to expand their capabilities, the potential for distractions continues to grow as well, according to Snow. He suggests people delete apps they no longer use. He even thinks it’s wise to remove apps that have become distracting.

“It gives you mental baggage,” he said. “The problem is when you start adding all those apps, it creates this mental drain and deprives you of your focus.”

Snow doesn’t believe that means stripping phones to their bare minimum and tossing apps like Facebook and Twitter to the side — though that might be the solution for some. Instead, he hopes people will learn to consider each app on their phone and question what it adds to or distracts from their lives.

Audible and visual alerts also keep users addicted to their screens. Snow suggests digging into a phone’s settings and going through each app’s permissions to disable alerts.

“You’re letting all these apps … and corporations dictate how you spend the waking hours of your day, even down to the minute,” Snow said. “It’s a very toxic and (unhealthy) way to live, to let your phone interrupt you.”

However, he recommends keeping the most essential alerts — phone calls and messages from spouses, children, friends and bosses — enabled for important emergencies.

Set rules for when, where and how your phone should be used

“Phones don’t come with a user manual,” he said. “If anything goes, all these apps can interrupt us whenever they want, or we’ll start reaching for our phone whenever we want.”

He believes simple rules, like not using your phone in bed, can make for a better night’s sleep and even improve relationships. Abstaining from phone use in church, determining a curfew for phone usage and making use of the phone’s “do not disturb” mode are all tips Snow recommends.

Remember why you’re using your phone

Checking up on a close friend or relative on Facebook might be a good way to see what’s happening in their life, but there’s a better way to connect with them: a phone call.

“Rather than just getting on social media (and pretending to be social), actually go make a connection,” Snow said. “Call someone, text them, send them a funny gif.”

He said most people intend to socialize when they pick up their phones, but they fall into apps that only offer a hollow imitation of the real thing. Before they know it, they’re mindlessly scrolling. Other times, they turn their phone on to do something productive only to wander aimlessly from app to app.

Picking up your phone with a clear purpose and acting accordingly is Snow’s best method for avoiding wasted time.

Be accountable and ask for help

Once goals and boundaries have been set, Snow suggests asking those who are close for help. He said spouses, family members, co-workers and friends add an element of accountability that will help turn goals into long-term habits.

“That peer pressure is really powerful,” he said. “We’re social creatures and our phones are making us less social. So if we enlist (the) power of people around us … they can help us. They can remind (you) … (and) keep you honest. Accountability goes a long way in life … but especially when it comes to putting our phones down more.”

Snow said he’s amazed by how many people have replaced their hobbies with scrolling, tapping and swiping.

“I think sometimes when we fall in the rut of using our phone as our default entertainment device, we fall into bad habits in terms of not going outdoors, or experiencing hobbies, or nurturing our love for basketball,” he said.

Snow believes replacing phone usage with hobbies is one of the best ways to limit screen time. Rekindling long-lost hobbies or nurturing new ones — especially those that involve the outdoors — is more fulfilling than time spent on a phone. It also makes going offline easier.

“If you don’t have anything to replace your phone usage with, it’s going to be really hard to get off your phone,” he said.

Travel near and far

Snow’s final tip is to experience the world. He said he came to the realization that he was spending too much time in front of a screen while on a trip in Yellowstone. He believes traveling puts life into perspective.

“Travel can be huge in terms of opening our eyes and reminding us what this beautiful analog world can look like,” he said.

And not everyone has to make loads of money to travel. Blake said there are plenty of local sites to discover, especially in Utah. Even local attractions can lead to experiences that will produce a more fulfilling life.

“We need to be in those moments and experience them,” he said. “And the more we come into contact with those moments, the easier it is to say, ‘I don’t need my phone right now. I don’t need it as a security blanket or a crutch.’ I’m just going to use it when it has meaning, when it’s going to empower me.”—Saul Marquez