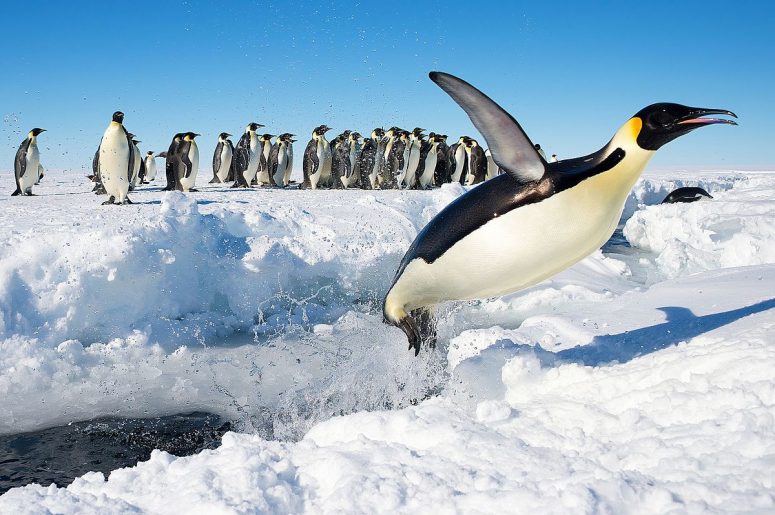 There are a lot of productivity myths. For instance, early birds are more productive, structure kills creativity, adding resources increases output, and more. Although well intentioned, these are all wrong.

So what works? What productivity hypotheses have been tested and proven by science? After sifting through dozens of top search results, reports, and studies, this is what I found. The most convincing, substantiated, and established productivity strategies:

1. Eat productive foods (and breakfast). Did you know that sugary foods such as soda and candy — and heavy, rich foods such as burgers and fries — are actually counter-productive and reduce energy and slow your thinking? Well they do, according to multiple nutritionists. So instead of reaching for what you mistakenly thought boosted your energy, reach for fruit and berries (any will do) or cognitive-enhancing snacks such as almonds, walnuts, and avocados instead. Since the brain consumes extra fat during intense periods of desk work, also add salmon, eggs, full fat yogurt, leafy greens, and even dark chocolate (in moderation, of course) to your diet. And learn to like breakfast. Your brain, body, and productivity will thank you.

2. Aromatize your office with orange, rosemary, or lemon. Aromatherapy, the study of how scents affect one’s mood and wellbeing, is just a hundred years old. In fact, science still can’t explain why some scents have an impact and others don’t. Nevertheless, if you want to boost your energize and invigorate your output, perfume your workspace with orange, rosemary, or lemon, says a recent University of Maryland study. No, these or similar scented oils won’t cure cancer or make your quarter. But they can have a supportive impact on your psyche. Use them to your advantage.

3. Work 40 hours or less each week. The 40-hour work week wasn’t just invented. It was scientifically devised by revolutionary Henry Ford in the 1920’s. At the time, no one agreed upon an optimal work week, so most proprietors overworked their talent, thinking it led to greater output. That’s wasn’t the case. After conducting experiments with his workforce, Ford found that reducing the workweek from six to five days and 50 to 40 hours resulted in greater, sustained productivity. Jason Fried, an avant-garde employer from Chicago, takes his labor analytics one step further and reduces office hours to a four-day, 32-hour workweek for six months out of the year. “When there’s less time to work, you waste less time,” he told the New York Times. “With a compressed workweek, you tend to focus on what’s important [and] encourage quality time.”

4. Accept that “done is better than perfect.” If you insist on perfection, your output will be limited. At least that’s what one Canadian researcher recently proved. Yes, perfection can increase quality, but diminishing returns are also real. As such, perfectionism is self-defeating behavior when it comes to sharing your creation with the world. “The more perfectionistic [someone] is, the less productive they are,” the study found. Instead, workers who spend more time than a task requires or are unsatisfied with their output would do well to adopt a new mentality: “Done is better than perfect.”

5. Stop multitasking. Studies show that multitaskers are less productive, up to 40% less. This is because they fail to prioritize and spend abnormal amounts of time switching between unfinished projects rather than using the cognitive rewards of finishing to encourage more starting, more doing, and less time-wasting. In other words, multitasking is “feel good” behavior, not productive behavior, according to Ohio State University research. To overcome this temptation, make a prioritized task plan and work your way down the list, breaking larger projects into smaller, more digestible chunks that are less overwhelming to undertake. For productivity, slow and steady wins the race, not sprinting and constant burnout.

6. Just start it. Simply beginning an elaborate, important, or otherwise challenging task is the biggest barrier to productivity and procrastination, says one University of Mississippi study. The good news is the brain really likes to finish tasks it has already started. So much, in fact, that starting a project is more than half the battle to finishing, since there are such powerful dopamine rewards for finishing something. There are no such rewards for starting, however, so you have to push yourself to begin if you want to cross the eventual finish line.

7. Play music. Listening to your favourite music at work puts you in a better mood, which results in faster completions times and better decision making. That’s what one study cited in the New York Times found. Those who listened to music also came up with better ideas than those who didn’t. What kind of music? Anything that improves your mood. But music such as classical without lyrics tends to enhance concentration and distract less, the Mayo Clinic found. Choose wisely.

8. Exercise regularly (mornings work best). I could fill this report with thousands of findings showing how regular exercise makes everything better, including productivity. But I won’t because you already know that. What I’ll do instead is encourage you to start small (if you haven’t already); just 20 minutes a day of some kind of activity. That alone, especially when coupled with morning exercise, often provides enough momentum to make a habit of regular exercise, and improve your mental, physical, and productive well-being in the process. Regularly exercise isn’t easy. But it sets the tone for nearly all of the other items on this list. It results in more energy, less stress, better sleep, and clearer thinking. It is the force multiplier of productivity.

9. Batch tasks. Due to misguided multitasking, many people stay with tasks for just three minutes on average. That’s rarely enough time to get things done. To make matters worse, it takes another 23 minutes on average to return to a distracted task, the University of California found. That equals a lot of time wasted. Instead of processing tasks as they come in from all directions, group your meetings, email, writing, reading, and expensing into designated chunks of time. Said batching requires discipline and rigid scheduling. But like single-tasking, it increases focus as well as output and is the only way productivity assassins arrange their workday.

10. Upgrade your ambiance. You can do this in a variety of ways. For example, if you need to get creative, dimming the lights “elicits a feeling of being free from constraints and triggers a risky, explorative processing style,” one study found. Another study discovered that people perform better when they have plants on or around their desk, or at least spend their break time outside among nature. A third study by Cornell University found that when office temperature was increased from 68 to 77 degrees Fahrenheit, typing errors fell by 44% and output increased 150%. That alone is $2 per worker per hour in productivity gains. So consider your ambiance. It makes a difference.

12. Make decisions with data instead of guessing. Workers and companies that base decisions upon substantiated data gain 5% more productivity and profit than those who don’t, a recent study by MIT found. That might not seem like much, but a 5% increase in profit and productivity is significant enough to separate winners from losers in most industries, the report found. To do this effectively, you must constantly challenge your beliefs, ideas, groupthink and worldview. Thanks to Google, that’s not as hard as it used to be. Usually a quick search leads to meaningful results and empowering information to base decisions upon.

13. Focus for 90 minutes, break for 15, repeat. There’s a misconception that great talent stays focused all day, every day, without ever breaking. That’s simply not true, research has found. Unlike average or low-performing workers that get distracted or spin their wheels without leaving their desks, great talent is more disciplined when it comes to perfecting their craft in 90 minutes of intense focus followed by 15 minutes of breaking and planned rewards. Often called “finding your groove,” working in this manner leads to immense productivity. So work hard, break often, then rinse and repeat.

14. Sleep eight hours a night. A lot of people claim to operate on fewer than eight hours of sleep per night. But fewer than 10% actually can, a recent Harvard study found, and most of those require at least six or seven. In truth, sleep deprived individuals perform just about as bad (or worse) than someone intoxicated by alcohol, the study found. That goes for mental focus and job performance as much as motor skills. “For many people, getting sufficient sleep is increasingly under assault,” writes Julia Kirby for Harvard Business Review. “In the three-legged stool of good health, nutrition and exercise are constantly discussed, while sleep has so far come up short.” The takeaway: Buck up and start sleeping a full eight hours if you want to be more productive. ■

This is awesome. Great advice!