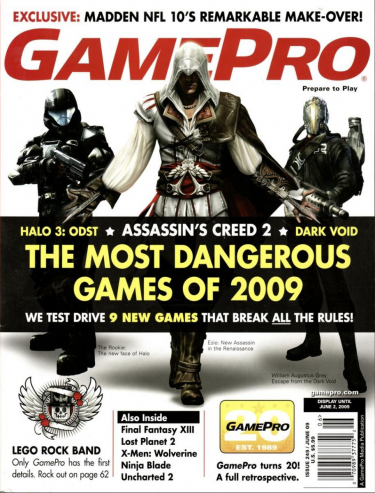 I’ve worked a number of different jobs since first entering the workforce at the age of 16. (Before that, I unofficially worked as a lawn mower, paperboy, and child laborer from time to time.)

That last job really feels more like a calling than work, however, and within that category I’ve written a lot of different things. One of my favorite things was answering reader letters at a now defunct print magazine called GamePro. (Fun fact: I started writing as a game blogger before transitioning to tech, trade, and travel journalism.)

At the time, I was their news editor, which meant I mostly produced and managed a small team of three daily writers, myself included. The managing editor then took the best of said news for republish in the monthly print edition.

One day the editor emailed and asked, “Blake, none of our internal staff like doing the monthly letters section for the magazine. Would you be willing to redesign and manage it?”

I’ve always liked interacting with readers, so I enthusiastically said, “Yes!” I then changed the name to Feedback and proposed moving the section to the back of the magazine instead of the traditional front.

For little more than a year, I would review the majority emailed and few stray print letters once a month and then pick the best to answer from. A lot of questions were really good and required a bit a research to answer.

A lot more were inane, and I was forced to either freshen them up or in a few rare instances, fabricate reader questions to produce a more compelling but still truthfully reported section. (#FakeNews).

Sometimes I thought to myself, “Geez, kid—you could have Googled your answer for this game’s release date in a 10th of the time it took you to formerly write this letter.” Other times I took creative liberties to answer the question in a playful way.

As fewer and fewer people read the magazine (and print as a whole, for that matter) the letters started to diminish. I knew I was participating in a dying art—at the final crossroads of print and digital.

Not long after that, the section was killed (along with my job) and the magazine shuttered a year after that. From there I periodically contributed to a few publications, but I mostly pivoted to trade journalism and tech media as the industry cratered to digital and smartphone games after the Great Recession.

Still, I’ll always have found memories of readers letters from all over the country and even the world. There’s something refreshing about conversing with complete strangers, if only for the simple act of sharing information and common interests.

To this day I still can’t understand why the staff writers didn’t want to take this job. Either way, I’m honored to have experienced the transition from analog to digital in both journalism and the the world wide web. It was a lot of fun to work on both sides of the format wars.

I felt the same way interacting with each and every purchaser of my Scentiments 3 D, stitched, scented greeting cards. It’s like you have close ties, with the pulse of the world!