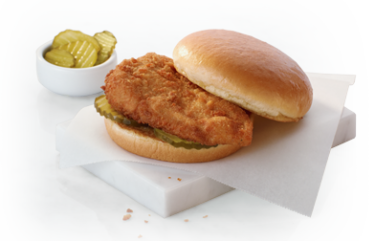 The short answer: Life is filled with the above, so you might as well expose ’em while they’re young. The long answer: Much of what I learned in business I learned from fast food. Not the creative stuff. Not sustained rejection. Certainly not cerebral problem solving.

I’m sure I unconsciously learned other lessons from fast food. And there are other entry-level jobs that serve as effective stepping stones to overcoming life-long work. But those are the lessons that stood out in my experience. Happy Labor Day, readers.

I very much agree. I worked three years at McDonald’s’s and did everything except make salads and clean the shake machine (there was a specific “salad lady” and only managers had to deal with the disgusting innards of the shake machine). I learned how to be pleasant to people even when I wasn’t in a good mood or had something else on my mind. I learned how to clean up after others with a smile. I learned how to work as a team and the meaning of having each others backs. I learned how to follow a process to get repeatable results. Now I’m an IT manager and I find myself dipping back into lessons I learned at McDo’s to help make my staff a better team!

Nice article. And true. I’m glad you learned so much from your Chik-fil-et job.
My learning job was the one in Okmulgee, Oklahoma, in the Onion Rimg Factory!
Smelly from chick-fil-et doesn’t come close to that of the onion Ring factory! Eyes would burn every time I walked in tge room for 15 minutes. Squished onion rings all over the floor and ruined my clogs. Working at the end of a two story dipping machine, (where the older ladies SAT and had seniority) on a short conveyor belt with three of us on either side, catching all the dipped and crumbed onion rings to put in freezer boxes with wax paper layer in between. And to top it off, a man with a stick overseeing our work, (I don’t know what he would have done had we dropped one on the ground. Hahaha. It was kind of like the conveyor belt with Lucy and her chocolates. Only Onion Rings.

I well remember those Chick Fill A days of yours. You worked hard but you ate alot of chicken as well and picked up a few as we say in Georgia. I was very proud of you and the fact that the company gave you a scholarship and didn’t open on Sundays was a nice bonus.