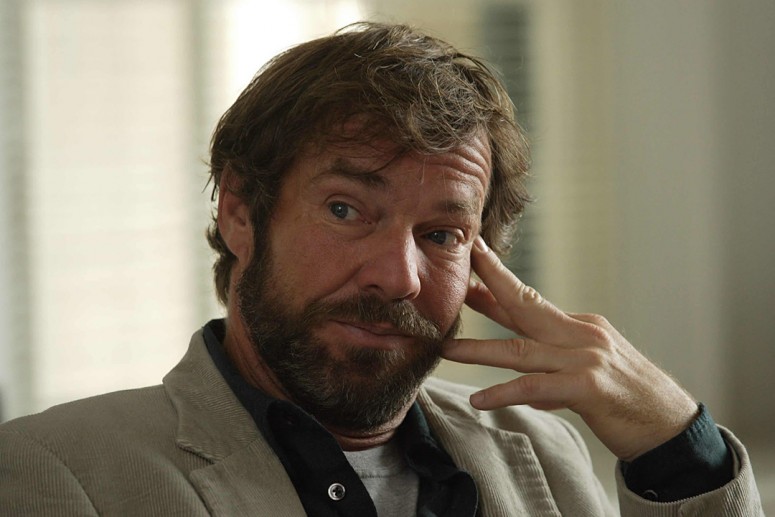 1. Remove unimportant decisions. If a decision doesn’t have an impact on your work, relationships, or spirit, then remove it from consideration. For example, many CEOs, heads of states, or creative people wear the same thing every day. Steve Jobs wore blue jeans and a black turtleneck everyday. Mark Zuckerberg only wears blue jeans and a gray t-shirt. Similarly, the leader of the free world only wears blue or gray suits, “Because I have too many other decisions to make,” the president recently told Vanity Fair. “I’m trying to pare down decisions,” he added. “I don’t want to make decisions about what I’m eating or wearing.”

For those of us without a personal chef, deciding what kinds of food to eat is a very important decision. But removing or outsourcing unimportant decisions to other people helps us make more meaningful decisions. One of the ways I achieve this is by removing TV from my life, limiting the number of sportsball games I watch, and restricting the number of news sources I read to only three per day. Doing so introduces more social encounters, analog experiences, and thought-provoking literature into my life, which make me a better writer (instead of regurgitator).

2. Make the most important decisions in the morning. As the day wears on, we become more physically and mentally fatigued. When that happens, we make poor, impulsive, or otherwise short-sighted decisions later in the day, such as skipping the gym, overeating, or not sticking to plan. This is because “there is a finite store of mental energy for exerting self-control,” explains Roy Baumeister, meaning System 2 or “logical” thinking won’t kick in unless there’s sufficient energy to do so. So plan on making important decisions in the morning—including health and work-reflated ones—and reserve less important items—including meetings and menial tasks—to the afternoon.

3. Consume glucose during decision-making. “Even the wisest people won’t make good choices when their glucose (aka blood sugar) is low,” argues Baumeister. That’s why we don’t restructure the company at 4 p.m, he says. Why we shouldn’t make big commitments or decisions on an empty stomach. To combat this, follow rule #2 after a healthy whole grain and fruit breakfast. If more mental exertion must be made in the afternoon, lunch or snack on pasta, whole grain breads, beans, potatoes, whole milk, almonds, starchy vegetables such as corn, squash, and zucchini, grapes and raises, and even honey, which is 38% glucose. If they’re good enough for marathons, they’re good enough for important decisions.

4. Split up decisions. If you must make consecutive decisions in a single day, take stress-reducing breaks in between to extend your supply of mental energy. Genius talent accomplishes this by working hard for 90 minutes then breaking for 15.

5. Develop routines that conserve mental energy. Related to splitting decisions, successful decision-makers don’t use their willpower as a last-ditch effort to avoid disaster, Baumeister found. Rather, they relay on stress-reducing habits in between work to conserve willpower. “They use their self-control not to get through crises but to avoid them,” the New York Times reports. “They give themselves enough time to finish a project; they take the car to the shop before it breaks down.”

6. Sleep eight hours a night. Sleeping fewer than 6–8 hours a night impairs your decision-making in two ways. First, sleep deprived individuals make poor decisions because they’re brain is too tired and stressed to make good ones. Second, sleep deprivation limits unconscious thought, which can serve as an aid to conscious decision-making (i.e. why “sleeping on it” produces  more honest decisions). So if you don’t get enough sleep, you burn your brain out and can’t enlist the help of unconscious thought. A double whammy. “Even if you don’t have the option to delay your decision for long, engaging in another activity will take your mind off your dilemma, and allow your unconscious to surface,” writes Drake Baer.

7. Associate with uplifting, honest, and value-sharing people. Uplifting because negativity leads to fearful decision-making. Honest because you need reliable feedback to make better decisions when vetting your ideas with confidants. And shared-values because individual accomplishments are often collective and dependent on those around us. In other words, behavior is contagious. If you want to make good-decisions, surround yourself and seek advice from those with a proven track record of good decision-making and healthy habits.

8. Commit to others. Want to make decisions faster and with less energy? Hitch your decisions to commitments with others—like meeting an exercise buddy at a designated time or weekly meetings with an accountability partner for self-improvement. When you oblige yourself to others, you reduce the need for willpower. Peer pressure is a powerful thing.

9. Conserve willpower by removing weaknesses. Instead of relying on willpower throughout the day, smart people conserve their mental fortitude so it’s available for emergencies and important decisions. They establish habits that eliminate unimportant choices. They do this by deciding before hand what situations they’ll put themselves in. For instance, one might decline back-to-back meetings or avoid morning meetings altogether per the above. Another might steer clear of watering holes, all-you-can-eat buffets, or won’t stock chocolate at home when quitting indulgent behaviors. Removing temptations is half the battle. The rest is willpower.

10. Act in the long-term. The famous 1972 Stanford marshmallow experiment revealed that patient, self-controlled individuals succeed more often impulsive ones. When guided by long-term thinking, the former make better choices, including lower levels of substance abuse. So refrain from making short-term decisions. Focus on important but non-urgent tasks. Ask yourself, “Will this decision get me closer to what, where, or who I want to be?” If yes, go for it. If no, resist.