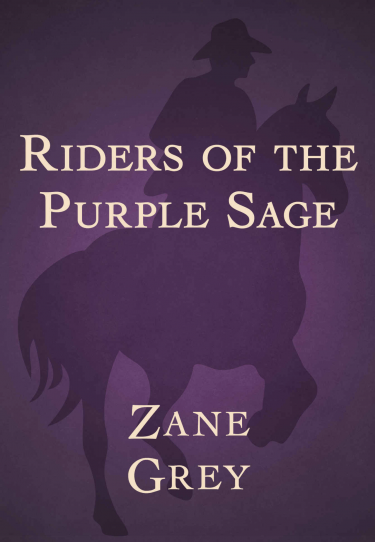 I know I’m a good writer and author. But then I read something masterful by Laura Hillenbrand, David Foster Wallace, Norman Maclean, Bill Bryson, Mark Twain, Gay Talese, Alexander Dumas, Leo Tolstoy, or H. G. Bissinger and I begin to doubt myself.

After finishing Riders of the Purple Sage this week, I would add Zane Grey to that honorable list, especially since he was a dentist by trade, a semi-professional baseball player, and only wrote his popular adventure novels on the side!

But not only is Grey a great writer, he was also a pioneer. In fact, Riders invented the Western genre of storytelling when it was first published in 1912. Gun fights, southwestern backdrops, life and death on the American frontier.

But don’t let that genre or any misconceptions of it deter you. Riders is really two love stories in one, starring both a heroine and two heroes. It’s fantastically descriptive and emotionally engaged. I only dock it one star because there were a few times where Grey’s prose goes confusingly off trail, which forced me to re-read and decipher some paragraphs for clarity.