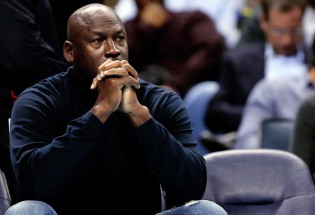 Aging means losing things, and not just eyesight and flexibility. It means watching the accomplishments of your youth be diminished, maybe in your own eyes through perspective, maybe in the eyes of others through cultural amnesia. Most people live anonymous lives, and when they grow old and die, any record of their existence is blown away. They’re forgotten, some more slowly than others, but eventually it happens to virtually everyone. Yet for the few people in each generation who reach the very pinnacle of fame and achievement, a mirage flickers: immortality. They come to believe in it. Even after Jordan is gone, he knows people will remember him. Here lies the greatest basketball player of all time. That’s his epitaph. When he walked off the court for the last time, he must have believed that nothing could ever diminish what he’d done. That knowledge would be his shield against aging.

I suppose it’s only logical that profiteers would move to high school basketball, having already compromised professional and collegiate hoops.

That said, the below is a must-read summary for any athletic parent, youth coach, or sports fan:

Note: The above story is a review of the eye-opening Play Their Hearts Out by George Dorhrmann. 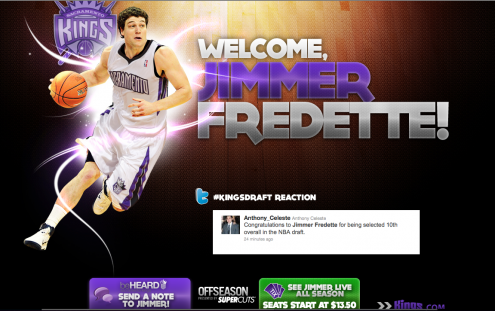 With the 10th pick in the NBA draft, a lot of people became Sacramento Kings fans last night. I’m one of them.

Above is the kings.com homepage, updated a couple hours after Jimmer was selected. Nice welcome. 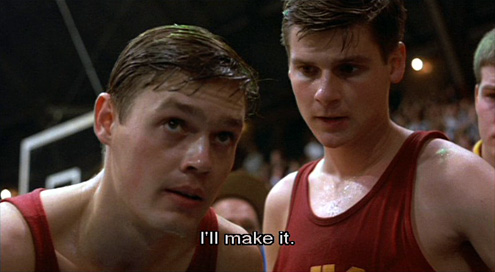 I wish I could have seen my Dad play basketball.

My uncle tells me he was a phenomenal shooter, regularly putting up 30+ points a night against amateur competition. My old man reputedly scored 50 points in a single half of intramural college ball once (!).

More impressive from a precision standpoint, he shot 50 consecutive free throws at my neighbor’s house when I was a boy. He stopped before missing his first shot so he could get home “for supper,” he says. Talk about ending on a high note.

Marveling at other great shooters this year, including Jimmer Fredette, whom I’ve watched at close range, I asked my Dad what it takes to be a great percentage shooter. His reply:

“It is a combination of natural and great physical skill, thousands of hours of practice and playing, and the ability after reaching a certain point of physical excellence to take your mind out of shooting and letting your body do it! That’s the groove that is spoken of. Not very many reach the ‘groove’ consistently. When it happens, it is like heaven on earth.”

In a virally large thread on her then-public, now-private Facebook page, hundreds of Jimmer fans came to his defense, while sticking with the comical spiritual theme Peralta had started. Here my top 10 favorites: END_OF_DOCUMENT_TOKEN_TO_BE_REPLACED

I’ve always admired Michael Jordan’s athleticism, style, and grace in the air. He was the greatest basketball player ever. And even though I only owned a single pair of his pricey Air Jordans (version IV, thanks Mom!), I’ve always like the form factor of his shoes, especially the earlier models. So stick your tongue out, poke your air pocket, and check out the top 5 Air Jordans all time: END_OF_DOCUMENT_TOKEN_TO_BE_REPLACED

The above story broke about 2 and a half years ago, care of ABC News. It’s a dinosaur when it comes to internet memory. While cleaning out my hard drive this morning, I stumbled upon it, and watched it again. It still makes me feel good.

Today, Jason McElwain works part-time as a grocery clerk in New York, according to Wikipedia. He wrote a well-received biography in February, and Columbia Pictures recently secured the movie rights to his incredible story. I can’t wait to see it.

You don’t have to watch pro basketball to appreciate these well-aged gems of modern advertising. Courtesy of Fox Sports.