I’ve always admired Michael Jordan’s athleticism, style, and grace in the air. He was the greatest basketball player ever. And even though I only owned a single pair of his pricey Air Jordans (version IV, thanks Mom!), I’ve always like the form factor of his shoes, especially the earlier models. So stick your tongue out, poke your air pocket, and check out the top 5 Air Jordans all time: 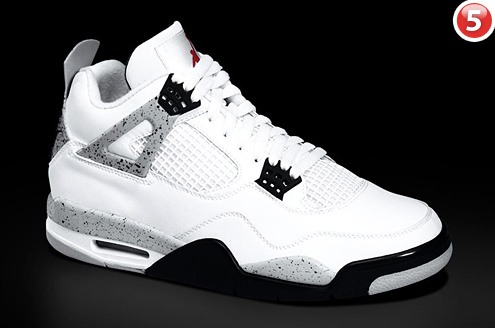 Can you say hotness? The Air Jordan IV, first released in 1989, actually looks like it can help you dunk, even if you can’t. Like all good ’80s tennis shoes, it’s loaded with lace holes, it features the oversized “NIKE AIR” logo on the back, and it even has a handy lip tab to help you slide into the shoe. How thoughtful. Plus, they just look awesome. 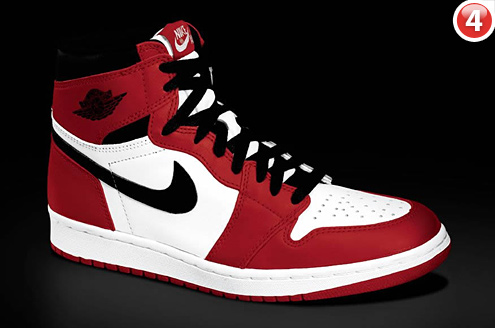 The Air Jordan I makes number four on my list not for looking good, but for the story behind them. At the time of release in 1985, the NBA disallowed excessive shoe color. Nevertheless, Jordan still wore them at Nike’s request, and the league fined him 5 grand every time he did, which was all the time. Since the controversy and flashiness helped sell a gazillion pairs, Nike graciously paid Jordan’s fines. Form over function, baby. 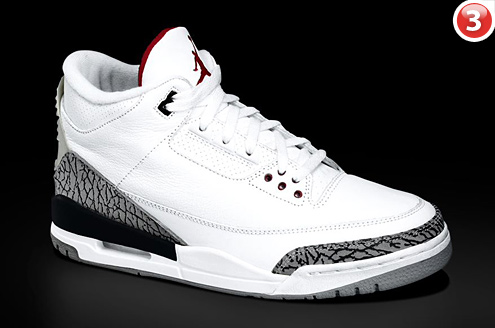 Although very similar to number five on my list, the Air Jordan III is much more streamlined. It was the first Air Jordan to feature a visible air unit, as well as the first to debut the inspiring “Jumpman” logo. These are the shoes Michael wore during his immortal 1988 Dunk Championship, the one where hew flew in from the free throw to put down a vicious dunk, while onlookers gawked in amazement from the sidelines. It’s also the first shoe to feature leopard/marble skin. And that’s just tops in my book. 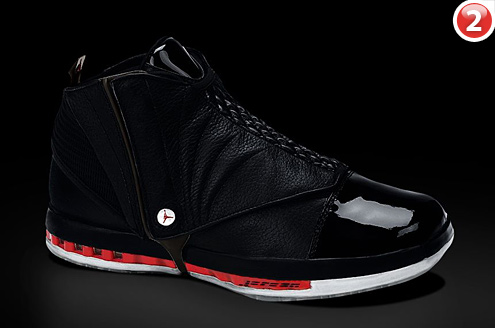 After his retirement in 1993, subsequent Air Jordans—which are still released to this day—took a turn for the worst. The lost their soul if you will, and in the process, became hideous and clunky—the exact opposite of Jordan himself. The one and only exception to this rule is the Air Jordan 16, the most expensive looking Air Jordans ever released. They look like they cost $300. And they’re gorgeous. 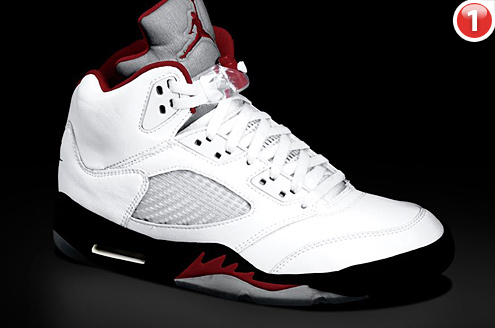 When I think of Jordans, I always return to the Air Jordan V, my favorite. Why? Because it was the first shoe to feature clear rubber soles, clear enough to see the ginormous Jumpman logo imprinted on the bottom of the EVA cushioning. Granted, the rubber yellowed over time when exposed to moisture, but when brand new, nothing looks hotter than a pair of Air Jordan Vs (especially black). And not only do they look good, they work—Air Jordan IVs are largly considered the best Air Jordans to play basketball in. A winning combo.

See also: My attempts to be a shoe designer

Definitely the best Air Jordon’s! The reflective tongue was also one of its highlights! However, clear rubber soles were quite slippery if not perfectly clean.
Thanks for the flash back!