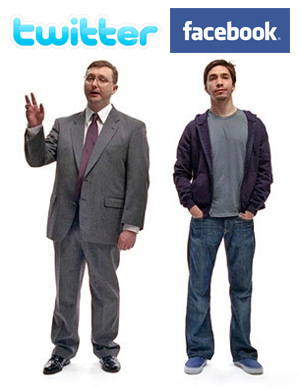 You could just sign up for a Twitter account and enjoy a few additional networking opportunities, but I don’t know a Tweeter who isn’t also a Facebooker. With 50 million strong, the same cannot be said of Facebookers. As a bonus, rolling your own status updates gives you greater control and lets you keep all your third-party social networking efforts in one consolidated place. Sweet!

If you’re a Facebook user, you know how fun status updates can be. The good ones give you specific insight into what your friends are doing, how they are feeling, and what they really think. The bad ones are vague, cryptic, menial (you just checked into some hotel — no one cares), and wouldn’t know wit if it punched them in the baby maker.

These, on the other hand, are much worse — 25 status updates you should never make on Facebook. END_OF_DOCUMENT_TOKEN_TO_BE_REPLACED