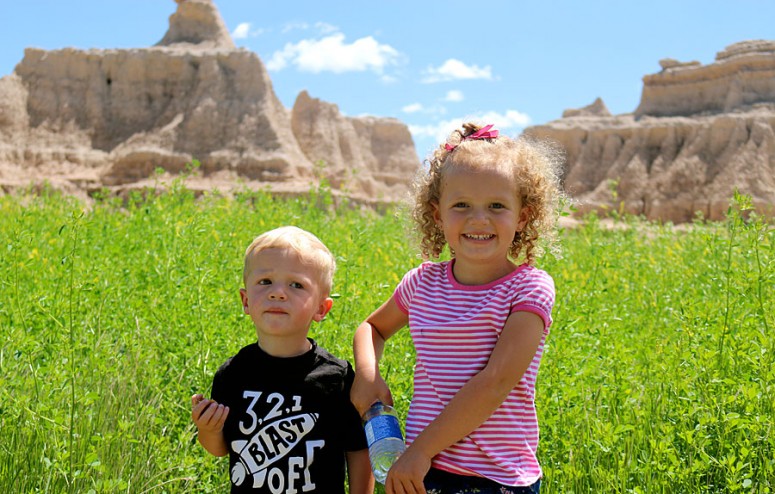 My brood just returned from a week long road trip to the Black Hills. At close range, we saw Devil’s Tower (4.5 out of 5 stars), Rushmore (4 stars), the Custer Needles and Sylvan Lake (5 stars), Badlands (4 stars), and… a lot of senior citizens (2 stars—wink). We bumped into a few younger families on our travels, but not many. The vast majority were graying couples.

“Where are all the twenty and thirty-somethings?” I asked my wife. She shrugged.

A moment passed, then she offered, “Maybe they’re at Disneyland.”

Wherever they were, they weren’t outside.

My observation was admittedly snooty and judgmental in a I wonder what the poor people are doing today? kind of way. That I regret. But I don’t regret the knowledge that offline adventures and first-hand experiences are more rewarding, worthwhile, and joyful in life than pleasant, commercialized, or otherwise simulated passive choices found on a screen or a ready-made theme park.

That’s not to say amusement parks, indoor air conditioning, and Netflix binges don’t have a place. But I certainly don’t view those things as draws or destinations. They’re amusements. Sides—not entrees. Things my book contextualizes.

To be clear, this observation isn’t isolated to my recent trip to the Great Plains. If the last five years of my offline vacations are any indication — all of which have been under-represented by younger families and individuals — the only people that seem as anxious to see the world are ones making up for lost time or making the most of deferred living.

The same goes for everyday events like playing outside with kids. I’m surrounded by niños here—more per capita than anywhere else. But you wouldn’t know it by surveying the neighborhood on any given spring, summer, or fall evening.

Now before any Magical Kingdom lovers get their panties in a bunch, I don’t hate Disneyland either. I just don’t like it as much as the beach I visited right before it as a 10 year old boy. Or the hotel pool. Or the road trips I took as a child with my mom, dad, and siblings. Or the 100s of natural parks, landscapes, and great cities I’ve since visited.

Deep down, I think most would agree. There’s truth in Gaffigan’s jokes.

For those with so much to live for and able bodies with which to live, it’s unfortunate so many choose to squander leisure or put it off until twilight.

Good post. I agree. Nice picture of the kiddos.