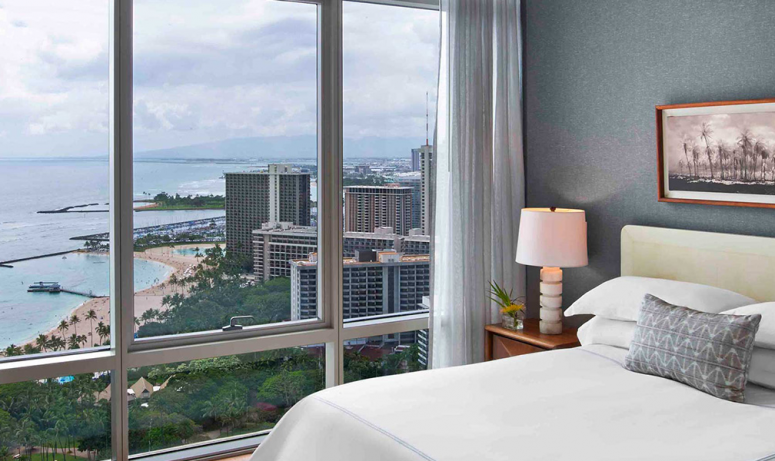 Before taking office, the vast majority of U.S. presidents were lawyers. President Trump, on the other hand, was a real estate developer, TV star, and hotelier of 14 properties—some of which by name-only.

One of those properties is Trump Waikiki. On a recent trip to Oahu I stayed there because at the time of booking and during my stay, Trump Waikiki was the number one rated hotel out of 84 in Honolulu, according to TripAdvisor.

That alone piqued my interest, as did the political novelty. But the real reason is because I was being hosted by the hotel in the hopes that I would write about it. And here we are. Not because I was contractually obligated to. In my capacity as a travel writer, I never guarantee coverage, meaning if I feel something doesn’t deserve your attention—even shiny freebies—I don’t write about it.

Why am writing about this shiny freebie then? Because the mostly Hawaiian people that built, manage, and run Trump Waikiki have more than earned your consideration. Having stayed there myself, I can independently verify that the several thousand favorable guest ratings are in no way “FAKE NEWS.” Their reported experiences closely mirror mine.

For example, some luxury restaurants or hotels can make you feel out of place, either due to how you’re dressed, the unimpressive rental car you pull up in, or maybe even the color of your skin. At Trump Waikiki, I watched hotel staff extend the Aloha spirit to everyone they interacted with—not just a journalist they were hoping to impressive. And certainly not just people that looked rich.

They did so with children guests, the many Japanese guests, a young Korean couple splurging on their honeymoon, a middle-class looking family from Tennessee, a couple with thick Indian accents. Everyone received smile-inducing leis upon arrival. Everyone was treated like a very important person.

Before arriving at the property, I admit I unfairly judged the book by its figurative cover. Would there be protests outside, I wondered. Would the hotel be empty? Would sleeveless rednecks drinking “Natty Light,” waving confederate flags, and shouting “‘Murica!” dominate the lobby?

As it usually is, the reality of life is very different from our often unfounded, emotionally charged, and sometimes narrow-minded thinking. In this case, the reality of the staff, the decor, the considerate amenities, and the idyllic surroundings were downright delightful. It could be said that for rooms starting at $350-450 per night, “They better be.” But in my experience, Trump Waikiki goes beyond that. Even a competing publicist from a different property said the same to me.

How, then, has the presidency affected this hotel’s culture? “It’s been interesting,” admits Bianca Mordasini, director of Public Relations for Trump Waikiki. “While not directly affiliated with The Trump Organization, there have been some outspoken people. But overall bookings are up, and we strive to maintain our positive reputation.”

Since staying at Trump Waikiki, I’ve often pondered the following question: What’s in a name? After experiencing first-hand the “come as you are” service by this extraordinary staff, I think I found my answer: one man (or even organization bearing his name) does not define a hotel. Just like one president doesn’t define an entire nation. ●

About the author: Blake Snow writes epic stories for fancy publications and Fortune 500 companies as a best-selling author, energetic writer-for-hire, and observational travel columnist. He lives in Provo with his supportive family and loyal dog and is thrilled you read this. This story first published in Paste Magazine