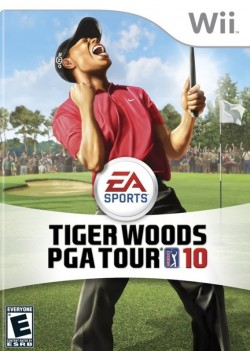 After Tiger Woods took “extramarital affairs” to new lows this year, numerous sponsors canceled their contracts with the once role model, including Gatorade, AT&T, General Motors, Accenture, Tag Heuer, and Gillette. Out of all his major sponsors, only two “stood by” his sleaziness, including Nike and Electronic Arts.

Today, the latter is wishing it hadn’t. To whit, Tiger Woods 11 saw a 68% drop in sales compared to last year’s game, even though the two reviewed identically. Sales of the Wii version alone declined 86%, which one financial analyst called “particularly catastrophic,” in a note to investors.

“We are concerned that Woods’ scandal woes may have permanently damaged the sales potential of what we believe to be EA’s third most important sports franchise,” the investment banker concluded, “behind Madden and FIFA.”

I take no pleasure in seeing a family publicly torn apart by one member’s selfish actions. But as a businessman, Electronic Arts and Nike should have known better. When your celebrity spokesman falls this hard, you’re foolish for still sending your marketing budget his way. After all, where you paying him for friendship, or increased sales?

If the latter, you should have made a business decision, not a personal one. And if you wanted to help “pick a friend up,” the last thing this one needed was more money, so said support should have happened behind the scenes.