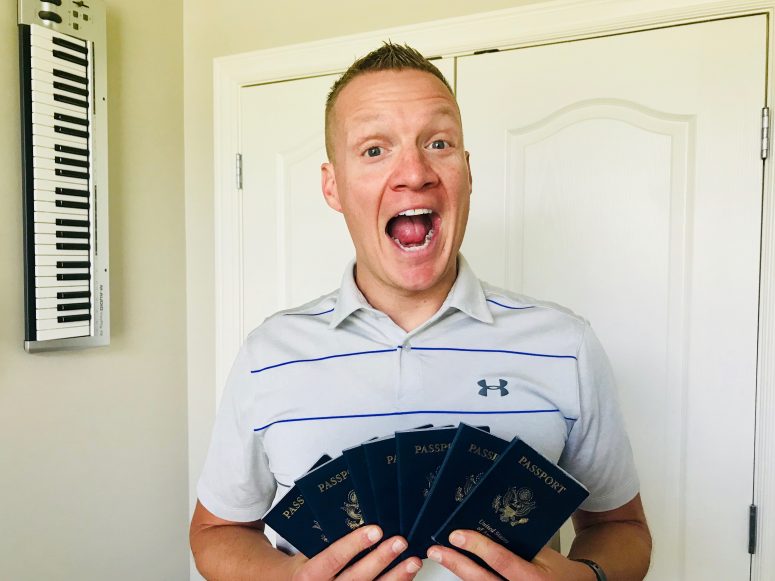 Not long ago, I wrote a seemingly simple story that forever changed the amount of adventure I’ve been exposed to ever since.

For years leading up to that moment, my wife pleaded with me to take her and our kids to Disneyland. Although I went there as an eight year old boy with my family, I remember enjoying nearby Huntington Beach better than I did the actual park. So I told myself in the ensuing decades that Disney was a tourist trap and the great outdoors were the place for me.

Turns out, both man-made and natural wonders are for me. I probably wouldn’t have learned that truth, however, if it weren’t for my wife’s sage approach in tricking me to give The Happiest Place on Earth a fair shake. “Blake,” she said. “You could write about your experience—review it, report on how much you hate or love it.”

That’s all I needed to hear. Up until then, I had yet to pair my passion for travel with my knack for writing sentences for a living. But with that investigative hook in place, I had all the motive I needed to book a weekend “review” for my family.

Long story short, I was fully converted to the gospel of Walt Disney. I wrote about my switch from critic to fan, sent it off to several of my editors, and was surprised by the overwhelming response. Several of them emailed back and basically said that while Disneyland doesn’t need anymore glowing reviews, they’d like me to start covering travel for them. One of them even offered me a weekly travel column on the spot.

Since that column, I’ve visited dozens of countries, countless cities, and six continents in pursuit of the best offline things to do, often with my wife and sometimes with my children even. While traveling eight to 10 times per year on average, I’ve written travel dispatches for CNN, USA Today, NatGeo, LA Times, Fodor’s, Lonely Planet, Frommers, Orbitz, and Paste Magazine.

And I’m still pinching myself for my incredible good luck. All thanks to a knowing soulmate and a man named Walt Disney.

Your enthusiasm and zest for life, shows in your articles. This helps others to go offline and seek new, fulfilling, adventures. My dad, your grandpa, Richard Schmitt Sr. had an insatiable appetite for travel. I think it’s in your genes
Love you. Mom

Hi Blake. We enjoy your travel/life stories. We met you and your family in the Ritz Carlton Lounge, Orlando, in Nov/Dec 2016! You said you were a travel writer. We still remember your family and most of all your such well behaved children. We are from Scotland and would welcome you here anytime.