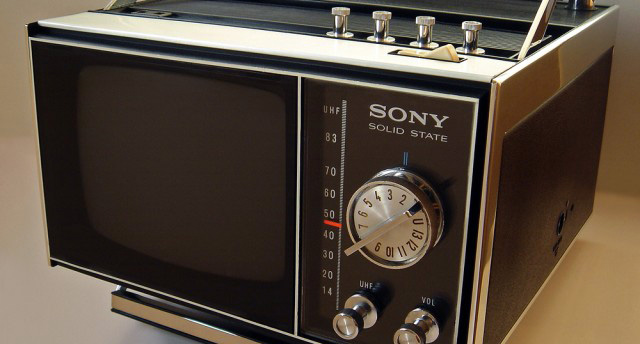 The New York times ran an insightful piece this weekend on the decline of Sony, which is valued at just a quarter of where it was a decade ago, and just one thirtieth the size of Apple:

“Sony makes too many models, and for none of them can they say, â€˜This contains our best, most cutting-edge technology,’ ” Mr. Sakito said. “Apple, on the other hand, makes one amazing phone in just two colors and says, â€˜This is the best.’ ”

In addition to department infighting, that really sums up Sony’s troubles: too much product, none of them hits. In fact, I don’t think the company has produced a no. 1 model in any segment since the PlayStation 2 released in 2001.

Furthermore, the company’s stated refocus on smartphones, cameras and camcorders, and games in that order doesn’t instill much confidence, all of which are overcrowded anyways. It’s doubtful the company can release something better than the deep and capable pockets at Apple (iPhone) in smartphones and tablets. And digital SLRs by Canon and Nikon are better consumer options than any of Sony’s professional grade Sony stuff, so its doubtful the company can grow there either.

As for TVs, which Sony say it will continue to sell, Samsung is a much more competitively priced option.

Games I’ll give them. Although lower on the totem pole than they used to be, PlayStation is a respected, viable, and profitable sub-brand. For the last five years, my family has used the PS3 more than any other set top box, including our DVR. But moving forward, I think PlayStation should become a software-only brand, one that plays on a variety of Sony branded set-top boxes. (Then license that brand to iPhone and Android).

In the same vein, I’d like to see the company beat Apple TV to the finish line, something they’re in an immediate position to do. They have years experience releasing gaming set top boxes. Now just incorporate their vast music and movies catalog into the mix (all of it, not the c-grade crap currently on the PlayStation Store), license the rest, include a DVR, and make it cloud-friendly and viewable from any screen via a compatible app.

The first person to deliver such a device — the modern “video box” (formerly called a TV) — stands to make a lot of money. Sony is in as favorable position as any, if not more because they own almost half of all movies and music rights.

As a bonus, I’d even launch Sony-owned theater movies on the device. That’s sure to excite people — the first company to bring the cinema home the same day of release. Our HDTVs already rival the theater experience. The only thing missing is immediate access to Hollywood (i.e. no more waiting to watch your favorite movies at home).

Start there and see what happens.